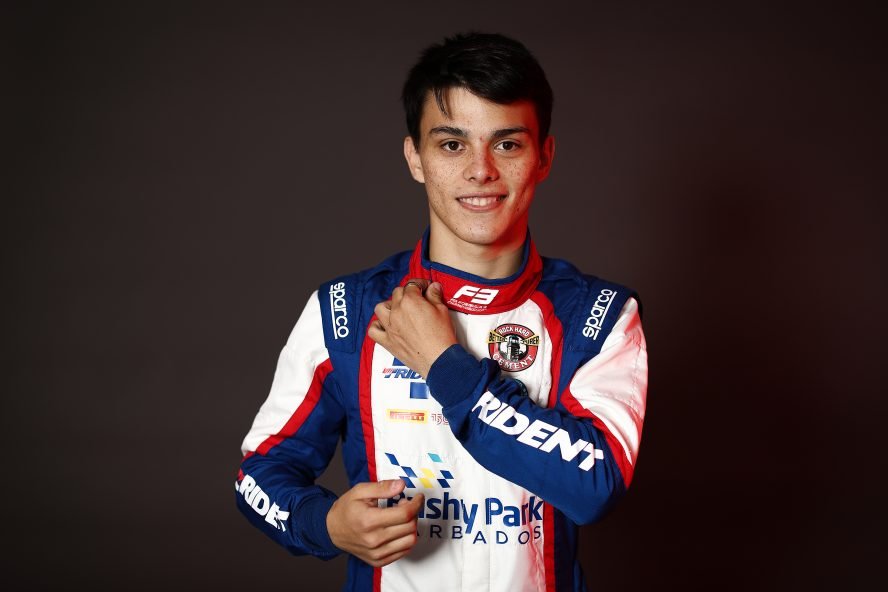 The rookie driver has made history for his country

It can be challenging and rather difficult to achieve your goals, especially in such a competitive industry. But Zane Maloney is succeeding in his journey to Formula 1.

Zane Maloney is currently competing in the FIA Formula 3 championship. He is a great driver who has the skill and talent and has made history for his country.

Born in Barbados, Maloney is the first Barbadian to enter the motorsport industry and begin his journey into the upper echelon, Formula 1. Whilst

Whilst his racing career may be shorter than the average, it is no less impressive.

Like every successful driver, Maloney started racing in karts at the age of 12. He continued competing in karting for two years until 2018.

His first championships were the Trofeo delle Industrie and SKUSA SuperNationals with Kartsport North American team.

After multiple titles in both Barbados and America, Maloney soon made the move to Europe. When in Europe, he competed for Ricky Flynn Motorsport.

In 2018, he got 4th place in the European Karting Championship, 5th in the World Championship and 3rd in the German Championship.

One aspect that contributed to his success was the Bushy Park Circuit managed by his uncle. This allowed him to gain more practice time.

His first single-seater season was in 2019. That year he competed in the British Formula 4 championship for Carlin Motorsport.

Throughout the season, Maloney achieved 10 race victories and 15 further podiums.

His success at the races all helped him become the champion. With that he became the first Barbadian racing driver to win a championship in Europe.

It also meant he was the first rookie to win the championship outright in the history of the series.

In 2020, Maloney raced in the Euroformula Open, where he finished 8th that season.

During the 2021 post-season testing, Maloney participated for the team Trident. After his performance, he secured a seat with the team for the 2022 season.

In the opening round of the season, he scored eight points in the Sprint Race in Bahrain. That puts Maloney P9 in the championship standings.

This is ahead of his teammates. Roman Stanek has yet to score points, and Jonny Edgar has unfortunately had to leave the championship, so Oliver Rasmussen will be joining Trident in his place.

In Jerez on day one, Maloney secured third rounding up a rookie top three. Ahead of the Barbadian was PREMA’s Oliver Bearman in P1 and Campos Racing’s Josep María Martí in P2.

Day two of testing for F3 is currently underway, with day one happening yesterday.

During the first day, Maloney put in a fast laptime of 1:32.643. This put him fourth overall, only 0.396s off the leader Gregoire Saucy.