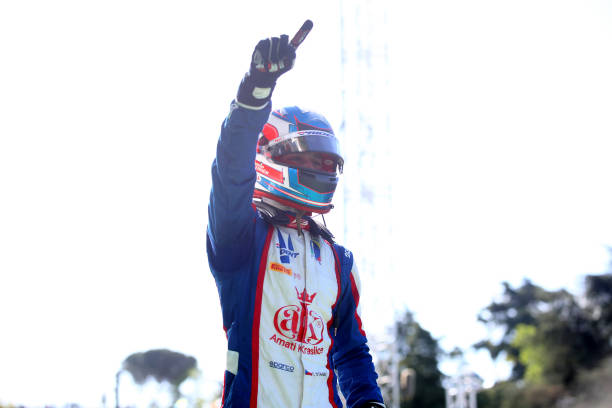 Driving for Trident, Stanek is in the hunt for the 2022 Formula 3 Championship

Roman Stanek is the Czech driver currently sitting third in the Formula 3 standings. In his third season of the category, this is the highest place he’s ever been. Will he be able to hold that position throughout the rest of the season?

Stanek began racing karts in 2014 at age 10. In 2017, he won the WSK Final Cup with Kosmic Racing Departement. Two years later, he made his single-seater debut as a guest driver in the Formula 4 UAE Championship.

Backed by Sauber’s F1 junior team, Stanek competed in both ADAC Formula 4 and Italian Formula 4 in 2019. In the former, he took two race wins and finished fourth, behind Theo Pourchaire, Dennis Hauger, and Arthur Leclerc. As the highest placed new driver in the series, Stanek was crowned the rookie champion.

While Hauger went on to win Italian Formula 4, Stanek finished fifth in that category. In 2020, Stanek took part in one round of Formula Renault Eurocup with MP Motorsport. Despite only racing in two races, a ninth-place guaranteed him 18th place in the standings, ahead of three drivers who took part in over twice the rounds that he did.

Also in 2020, Stanek made his Formula 3 debut. He initially signed with Prema Racing, a powerhouse team and reigning teams and drivers champions. But then the COVID-19 pandemic hit, and complications arose.

He ended up in a full-time seat with Charouz Racing System but struggled throughout the season with no testing or prior experience in the car. Stanek scored one points finish that season, and finished 21st in the standings.

For 2021, Stanek moved to Hitech Grand Prix. He improved at his new team and scored two podiums in Hungary and Spa. With 29 points to his name, he ended that season 16th in the standings.

The Spanish GP: A Memoir of Misorganisation

Stanek also raced in the 2021 F3 Asian Championship with Hitech. While he didn’t win any races in the category, he finished in the points consistently and took tenth place overall. That season he also took part in one round of the Euroformula Open Championship, taking one win and a second podium in three races. This put him ahead of several full-time drivers in the final standings.

For his third season of Formula 3, Stanek switched teams yet again. This time with Trident, he made further improvements. In the first round at Bahrain, he qualified second, although incidents put him out of contention for both the Sprint and Feature races.

For the second round at Imola, Stanek would again qualify second. Starting 11th for the Sprint Race, chaos allowed him to make his way up to finish fourth. A hard-fought Feature Race win officially put him third in the overall standings, only three points behind both Victor Martins and Arthur Leclerc.

For the first time in his three seasons of Formula 3, Stanek is very much a championship contender. He has more experience in the car than the two drivers above him in the standings, as well as most of his other competitors. The fight will be a close one, Jak Crawford currently sits only one point behind Stanek. But there’s still a long way to go, and 14 races left to decide the title winner.