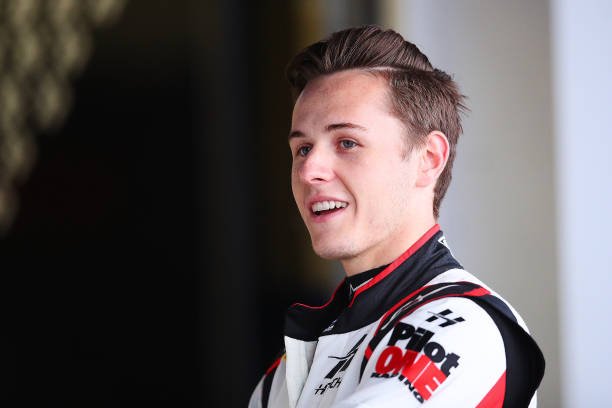 In his second season of Formula 3, Kaylen Frederick has already scored double the points he did in 2021. The American racing driver is competing with Hitech for 2022.

Frederick began karting at the age of seven, in 2009. By 2016 he was ready to make the switch to single-seaters, doing so in the F1600 Championship. The winner of this championship would be eligible for the Road to Indy shootout and put them on the path to an IndyCar seat.

While Frederick didn’t win the F1600 Championship, he took a race win, as well as poles and podiums throughout, and began his progression up the Road to Indy ladder. Seventh place in the standings looks substantially more impressive when you consider he couldn’t participate in the first six races due to the age limit.

The next step was the U.S. F2000 Championship, and Frederick got a head start. He was able to participate in the final two races of the 2016 championship, before stepping up full time for 2017. Five podiums meant he finished fourth in the standings.

For 2018 Frederick switched teams from Team Pelfrey to Pabst Racing Services. He scored a further four podiums, but ultimately only finished sixth in the championship.

Instead of trying to progress further up the Road to Indy ladder, Frederick made the switch to European racing. For 2019 he signed with Carlin to race in BRDC British Formula 3.

While he scored two wins and a further two podiums, he was beaten comprehensively by his teammate Clement Novalak, who won the championship over Jonathan Hoggard. Frederick finished ninth in the standings and remained in the championship for another year.

On the back of his British F3 championship, Carlin signed Frederick to their Formula 3 team for 2021. It was a season full of bad luck for the American. He only scored two points and was forced to miss several rounds. After sustaining a thumb injury during the third round of the championship at the Red Bull Ring, he sat out the fourth round.

Frederick recovered from his thumb injury, only to contract COVID-19 and thus miss out on round five as well. Overall he missed seven of the 21 races and finished 22nd in the standings.

For 2022 Frederick signed with Hitech Grand Prix, alongside Isack Hadjar and Nazim Azman. As of the first round of the championship in Bahrain, Frederick has scored a total of four points. Despite only qualifying 19th, he made his way up the field in both the Sprint Race and the Feature Race to finish eighth and tenth respectively. These results mean that Frederick has already scored double the points from his whole 2021 season.

Frederick is one of four Americans in Formula 3 this season, along with Juan Manuel Correa, Jak Crawford, and Hunter Yeany. All four of them will be hoping to do what Logan Sargeant closely failed to do in 2020, and become the first American Formula 3 Champion.