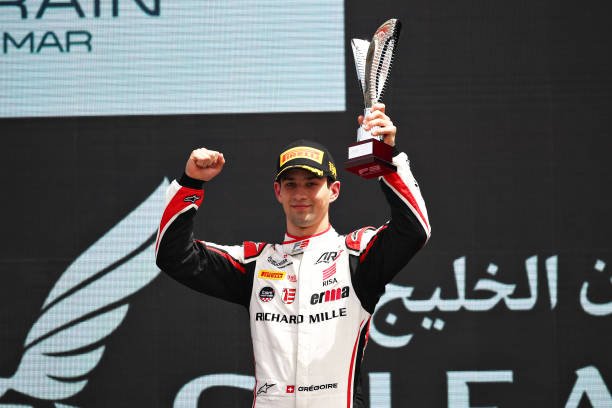 After winning the Formula Regional European Championship by Alpine, the twenty-two-year-old Swiss driver makes the move up to Formula 3 with French team ART Grand Prix.

Suacy began his karting career at age eight in 2008. In his first year, he placed 6th in the Mini category of the Swiss Romand Championship.

He continued on with Karting until 2013, where he completed his last season. During this season, he competed in the Swiss Championship in the KF3 category.

After a short break, Saucy broke through into single-seaters in 2016. Here he competed in the V de V Challenge Monoplace with RC Formula, GSK Grand Prix where he placed 4th.

Moving into the 2017 season, he joined Jenzer Motorsport to compete in the Italian F4 Championship where he competed in 6 races.

During this season he also took part in the Formula Renault 2.0 Eurocup. He joined AVF by Adrian Valles for this particular season where he placed 26th.

For 2018 he stayed with Jenzer Motorsport. Saucy completed two races of the ADAC Formel 4. He then went on to compete once again in the Italian F4 Championship where he placed 11th with two pole positions and 61 points.

2019 saw Saucy move to R-ace GP. Here he competed once again in the Formula Renault Eurocup, as well as the ADAC Formel 4, where he placed 9th with two podiums.

He also returned to the Italian F4 Championship for nine races, this time placing 15th.

Moving into 2020 Saucy competed in the Castrol Toyota Racing Series with Giles Motorsport. During this campaign, he placed 6th with 220 points and two podiums.

In 2020 Saucy moved to ART Grand Prix. Similar to years before, he once again competed in the Formula Renault Eurocup. Here he placed higher than before in 7th with 95.5 points and two podiums.

Staying with ART for the 2021 season, Saucy competed in the Formula Regional European Championship by Alpine. He was successful in winning the championship with 277 points. Throughout the championship he achieved: 8 wins, 10 podiums, 8 pole positions and 2 fastest laps. For 2022, Saucy is continuing his campaign with ART GP. He has moved up for the FIA Formula 3 Championship. This season he is teammated with Victor Martins and Juan Manual Correa, who have previous championship experience.

Saucy’s campaign has gotten off to a good start. During the first round, he placed 4th in Qualifying and 3rd in the Feature Race. Due to a collision with his teammate Martins, Saucy was forced to retire from the Sprint Race.

This places Saucy 4th in the Drivers Championship with 15 points. ART are currently 1st in the Team Championship.