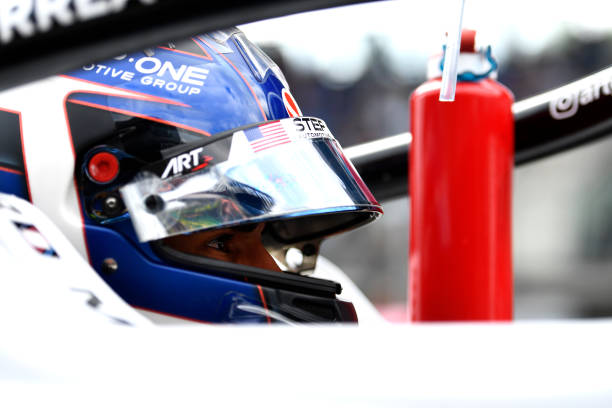 SPIELBERG, AUSTRIA - JULY 09: Juan Manuel Correa of United States and ART Grand Prix (9) prepares to drive on the grid during the Round 5:Spielberg Sprint race of the Formula 3 Championship at Red Bull Ring on July 09, 2022 in Spielberg, Austria. (Photo by Rudy Carezzevoli - Formula 1/Formula Motorsport Limited via Getty Images)

Juan Manuel Correa currently has twice the points he scored in his entire 2021 season, but points don’t always tell the whole story.

Juan Manuel Correa spoke to FormulaNerds about his continuing recovery, and how tough both last season and this current season have been.

After sustaining significant injuries in Formula 2 in 2019, Correa was out of commission for the rest of the year. He also missed the entire 2020 season.

When he was ready to return to racing, Correa signed with ART Grand Prix in Formula 3 for 2021. It was a slow recovery season for him, finishing 21st overall compared to his teammates, who finished fourth and sixth in the standings.

Still, there were a lot of positives. Correa had a best placed qualifying position of fifth and scored a total of 11 points.

FormulaNerds asked Correa about his progression since the 2021 season.

“I don’t really use my last season as a good base mark, to be honest,” Correa said. “Because it was a very difficult season in more than just the sporting ways. I was playing a patient role and trying to be a racing driver at the same time, so I always knew this season was going to be better.”

Formula 3 is on round six of the 2022 season at the Hungaroring in Budapest. As of now, Correa sits an impressive 13th in the standings with 22 points so far.

It’s even more impressive when you consider that he missed the entire round at Imola after sustaining a stress fracture in the opening round.

But barring that injury, it’s been a good season for Correa. He has scored points in all but one race that he’s finished, with a best placed finish of fourth in the Feature Race in Bahrain.

Despite the good haul of points and obvious improvement, Correa told FormulaNerds that he was hoping for more.

“To be honest I wanted it to be even better than it’s been so far, the 2022 year has been challenging with the injury I sustained in Bahrain, missing a round, losing a bit of the momentum.

“I think it’s obvious why [this season] is better, there’s a natural progression, especially on the physical side with myself, but also I’ve gotten to know the team better, and I know the F3 car quite well by now. I have the experience, but I definitely want to make a big step up for the last part of this year.”

With four rounds left for Formula 3’s 2022 season, Correa is targeting a positive finish. He’ll be racing this weekend in Hungary and hoping to score some more good points.