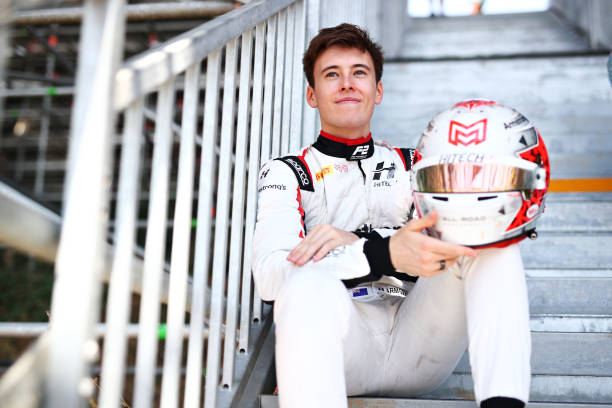 LE CASTELLET, FRANCE - JULY 21: Sprint race winner at Round 8:Spielberg, Marcus Armstrong of New Zealand and Hitech Grand Prix (7) poses for a photo during previews ahead of Round 9:Le Castellet of the Formula 2 Championship at Circuit Paul Ricard on July 21, 2022 in Le Castellet, France. (Photo by Joe Portlock - Formula 1/Formula Motorsport Limited via Getty Images)

The Kiwi driver is in his third season of Formula 2, and has raced with a new team every season

Ahead of Formula 2’s weekend in Le Castellet, FormulaNerds spoke to Marcus Armstrong about how he’s adjusting to his new team.

After two seasons of finishing 13th in the overall standings, things appear to be looking up for the Kiwi driver, who has taken two race wins so far in 2022.

The 2022 season marks Marcus Armstrong’s third season in Formula 2. After celebrating success with the Prema team in the feeder series for several years, he switched to ART Grand Prix for his debut in Formula 2.

He had a promising debut in 2020, taking two podiums in the first two weekends at the Red Bull Ring. But after those races, Armstrong would go on to only finish in the points four more times for the rest of that season.

Only scoring 72 points to his teammate’s 149, Armstrong moved on to DAMS for 2021. Although he would take his maiden Formula 2 win this season, he again finished the season in 13th place, this time with only 49 points.

And so, for 2022 Armstrong again switched to a new team, this time racing with Hitech Grand Prix. Nine rounds in, he has achieved nine points finishes, already more than any other season. Two of those were wins – the Sprint Race in Imola and the Sprint Race in Austria.

Armstrong’s Formula 2 journey so far has been pretty unusual. The only other current drivers on the grid to have driven full-time for three different teams in Formula 2 are Marino Sato and Roy Nissany. But both of them have been on the grid for longer and have spent more than one year at one of those teams.

Before Le Castellet, Armstrong was sixth in the standings with 69 points, but a round of bad luck at France saw him not score any points and drop to tenth overall.

FormulaNerds spoke to Armstrong ahead of his weekend in Le Castellet and asked how he’s adapted to Hitech as opposed to ART or DAMS.

“I think that every car needs to be driven differently,” he said. “Even in Formula 2 when it’s all one spec. I’m constantly learning every single day, and that’s the great thing about this sport. I do believe that this year the car has been really really good, very much towards my preference from a technical standpoint, so I feel like it’s a bit easier for my technique to work with it.”

Armstrong also told FormulaNerds that he didn’t think switching teams more often than the other drivers has hindered his progress in the series.

Armstrong is currently over 100 points behind Felipe Drugovich, the championship leader. He’ll be targeting a much higher finish in the series than he’s previously achieved, but the Formula 2 title looks less and less likely.

Until this season, Armstrong had been a member of the Ferrari Driver Academy. Without their backing, he’s not likely to stay in the F1 feeder series beyond 2022. The most obvious option for him is a switch to IndyCar, where he could follow in the path of recent former Formula 2 drivers Callum Ilott and Christian Lundgaard.

So could we see the young Kiwi racing in America next year?