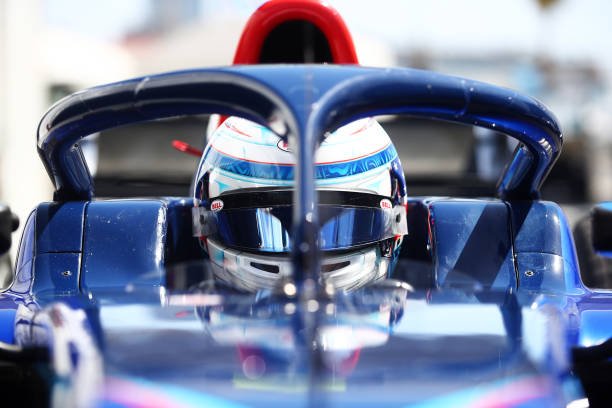 Logan Sargeant, the latest rookie to enter Formula 2 with Carlin and the Williams Driver Academy.

Logan Sargeant is the latest rookie to enter Formula 2 with Carlin and the Williams Driver Academy.

After three years in FIA Formula 3, the twenty-one year old makes the move up to Formula 2 joining Carlin.

Moving into his second year he competed in both events once again this time however winning both respectively.

Moving onto 2012 Logan competed in five different series. Winning both the 41 Trofeo delle Industrie 60 Mini as well as the 23 Trofeo Andrea Margutti 60 Junior Trophy. Alongside this, he placed 2nd in the Florida Winter Tour in the Vortex TaG Cadet category. Finally, in this year he placed 3rd in the WSK Euro Series 60 Mini. He then went on to place 3rd in the Florida Winter Tour Rotax Mini Max.

Competing in the 2013 SKUSA SuperNats XVII in the TaG Junior Category Sargeant placed 2nd, returning a year later to win the category.

Sargeant’s Karting Career ended in 2016 after winning the WSK Champions Cup in the OK category.

In 2017 Sargeant made the transition into single seaters competing with Motopark in the UAE Formula 4 Championship. Much like in karting Logan once again made a huge impact appearing on the podium at each race taking the crown as Vice-Champion.

Logan then switched to Carlin to compete in the British F4 Championship where he placed 3rd overall after 2 wins and 10 podiums.

For the 2018 season, Sargeant joined R-ace GP to compete in the Formula Renault Eurocup where he placed 4th

Moving into the 2019 season is where we see Sargeant on the big stage. Logan once again returned to Carlin competing in the FIA Formula 3 Championship with Carlin Buzz where he placed 19th with 5 points. During this season he also competed at the well-loved Macau Grand Prix where he placed 3rd on his maiden visit.

Logan continued in Formula 3 for another season this time competing with PREMA. Here he placed 3rd with 160 points.

In 2021 Logan competed for the final time in Formula 3, once again changing teams to Charouz placing 7th. Sargeant’s efforts saw him make the step up to Formula 2 for the penultimate round in Jeddah with HWA Racelabs.

He also competed in the European Le Man Series in the LMP2 class where he placed 19th. As well as this he competed in the Michelin Le Mans Cup GT3 Championship placing 6th.

The end of 2021 saw Logan be announced as the newest driver to join the Williams Driver Academy. This saw him take part in the F1 Young Driver test at the Yas Marina Circuit.

Entering the 2022 season Sargeant goes back to Carlin once again. Here he teams up with Red Bull Junior Liam Lawson.

Sargeant had a good first round in Bahrain, Qualifying 4th, placing 6th in the Sprint Race and 7th in the Feature Race. The second round in Jeddah however proved difficult Qualifying P18. The Sprint Race also didn’t help Logan’s weekend colliding with Jack Doohan just before the safety car weekend, putting him out of the race. The Feature Race did see improvement placing P12.