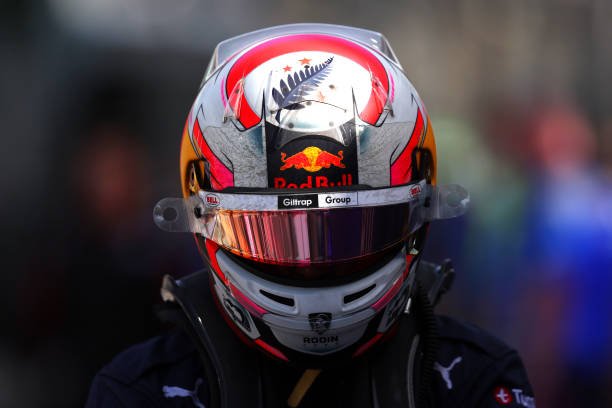 JEDDAH, SAUDI ARABIA - MARCH 26: Race winner Liam Lawson of New Zealand and Carlin (5) looks on in parc ferme during the Round 2:Jeddah Sprint Race of the Formula 2 Championship at Jeddah Corniche Circuit on March 26, 2022 in Jeddah, Saudi Arabia. (Photo by Lars Baron/Getty Images)

With one F2 season under his belt, the Red Bull Junior will have high hopes for 2022.

Lawson entered the karting scene after being given his first kart at 6 years old and took his first title in 2012, winning the cadet category of the CIK Trophy of New Zealand Challenge Cup.

In this season he also competed in the Kartsport Auckland City of Sails Cadet Raket Class where he placed 5th.

Proving a very full season Lawson competed in two classes at the NZ Top Half Series; the JR 100cc Yamaha class and the Cadet class placing 7th and 21st respectively.

To finish the season, Lawson competed in the Kartsport NZ National Sprint Championship placing 3rd in the Cadet Class.

2013 proved another full year, with Lawson re-entering most series from the previous year. He placed 4th in the Kartsport Auckland City of Sails.

Lawson had a very successful season in 2014. He started his campaign by placing 7th in the Rotax Junior Class of the Kartsport NZ North Island Sprint Championship.

While 2015 saw Lawson’s final karting campaign it also saw the start of his single-seater career. Joining Sabre Motorsport he placed second in the Formula First Manfield Winter Series with 631 points, 1 win and 8 podiums.

During his time with them, he also competed in the HI.Q Components Formula First Championship where he placed 6th with 1028 points, 1 win and 3 podiums. This crossed over into the 2016 season.

Moving into the 2016/17 series Lawson competed in the Formula Ford New Zealand South Island Series where he place 4th with 485 points.

Lawson also won the Formula F1600 Championship Series during this time. His results in that championship were impressive with 605 points, 14 wins and 15 podiums.

Lawson also raced in Australia for the 2017 season where he placed 2nd in the CAMS Jayco Australian Formula 4 competing with Team BRM. Here he had 5 race wins and 13 podiums racking up 294 points.

2018 saw Lawson run in two series. He competed with Pinnacle Motorsport in the F3 Asian Championship for 3 races, winning all 3 respectively. Liam also ran a campaign in the ADAC Formel 4 with VAR where he place 2nd with 3 race wins and 11 podiums.

2019 was a full yet rewarding year for Lawson. He started by joining MP Motorsport, where he made the step up to FIA Formula 3, finishing 11th in the Championship. On top of this, he also competed in the Formula 3 Macau Grand Prix, where he placed 7th.

Lawson wasn’t finished there, in addition to F3, he entered in two more series. One of these was the Euroformula Open where he joined Motopark and placed 2nd. He also proved successful upon joining M2 Competition in the Castrol Toyota Series, where he won the championship.

His successes caught the eyes of Red Bull and he was made a Red Bull Junior Driver on his 17th birthday.

For the 2020 season, Lawson moved to HiTech GP where he once again in FIA F3 this time placing 5th with 3 race wins and 6 podiums. Alongside this, he stuck with M2 Competition and competed in the Castrol Toyota Racing Series placing 2nd.

2021 saw Lawson make the step up in his career with Red Bull as a Junior driver. He competed in DTM with RedBull AF Corse placing second in a dramatic finale, having dominated all season.

During this time Lawson also made the step up to FIA Formula 2 where he stayed with HiTech GP. Here he placed 9th with 103 points, 1 race win and 3 podiums.

Lawson’s efforts saw him bag a spot in the Alpha Tauri for the F1 Young Driver Test in Abu Dhabi. He made quite the impression setting the second-fastest time only behind Mercedes reserve Nyck de Vries.

Lawson is competing once again in Formula 2 after making the move to Carlin, where he teams up with Logan Sargeant.

Liam has had an impressive start to the season with 3 podiums and a race win after the Sprint Race in Jeddah. However, his podium streak was hindered after retiring from the Feature Race in the latter stages.

This puts Lawson 2nd in the Driver’s Championship with 34 points while Carlin sits third in the Team Standings.