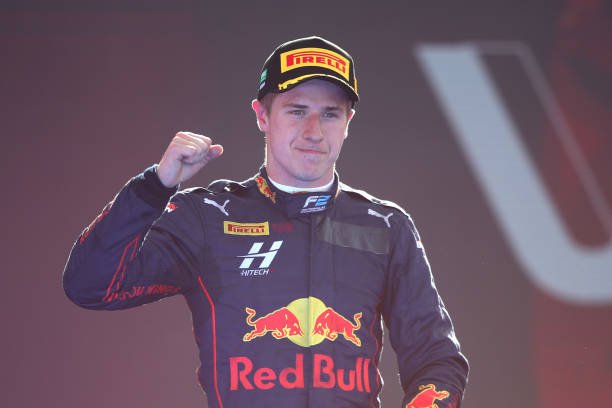 With a magnificent career and abilities, Juri Vips has secured his position in multiple motorsport categories.

With two rounds already completed this season, let us take a look at the career of Juri Vips – the Hitech Grand Prix driver, who sits fourth in the F2 Championship.

Formula 2 is a stepping stone to Formula 1 in a racer’s career. The championship helps them gain experience and develop their skills on the road to Formula 1.

One notable driver is Juri Vips. Born in Tallinn, Estonia, he is part of the Red Bull junior program at only 21 years old. He is competing in the FIA Formula 2 Championship this year for his third campaign in the series.

Prior to his move to Formula 2, Vips gained a lot of experience.

Beginning of his Career – Karting and Formula 4:

In 2011, Vips began to compete in national championships in karting. After a successful karting career, he got homeschooled.

This was so he could begin to race in Formula 4 at 15 years old. Before he started karting, from a very young age he was into mental math, he had many hobbies that sadly he can’t do any more.

He made his single-seater debut in Formula 4 in 2016. He raced with PREMA Powerteam where he finished sixth in the ADAC Formula 4.

During the same year, 2016, he had appearances in Italian F4. In this championship, he took pole position twice and had a race victory at Mugello.

In October 2017, after  his ADAC Formula 4 victory, Vips made the shift into the FIA Formula 3 European Championship as a guest driver.

During his 2018 campaign in FIA Formula 3 European Championship, Vips finished 4th. This was the same year that he joined the Red Bull Junior Driver programme.

2018 was also the year that Vips’ 2019 season with Hitech Grand Prix was confirmed. The Estonian also competed in one race for Super Formula in 2019 as well.

In 2020, Vips participated in the FREC’s (Formula Regional European Championship) test at Imola. His results from these tests clearly showed his talent and raw pace.

In 2020, Vips was called to replace DAMS driver Sean Gelael.  He took part in the FIA Formula 2 Championship, where he finished 16th that year in the standings.

Jüri Vips: 'I'm really thankful of the opportunity, it's a great chance for me as I cannot get into Japan for the opening race in Super Formula. It's sad what has happened to Sean and I hope he makes a quick recovery so he can get back in his car soon.'

By Katy Roberts3 days ago

Early 2021 saw Vips join F2 full-time, competing alongside Liam Lawson. In his debut season, Vips became the first driver to have two victories in over one weekend.

He won the second Sprint Race in Baku, before winning the Feature Race that weekend as well. That season he finished 6th in the championship.

For 2022, Vips is continuing his Formula 2 campaign with Hitech Grand Prix. So far, he has taken two podiums out of the first four races.

He sits comfortably in the standings at P4, having overcome two difficult Qualifying sessions. Vips has said that he belives in the team and himself and that they have “really, really good potential”.

“If we can put clean weekends together, and if it continues likethis, then I think that it is going to be a really, really strong season.”