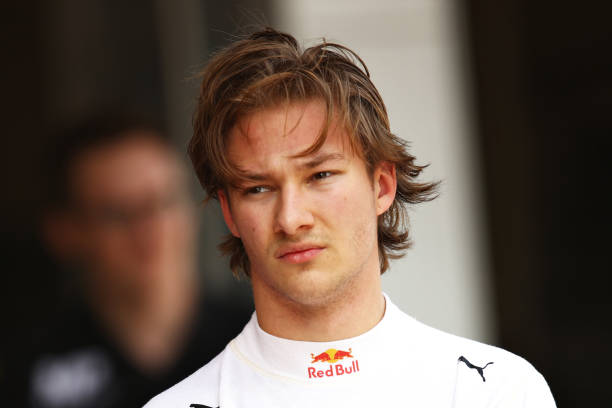 The Norwegian is one of five Red Bull Juniors racing in Formula 2.

19-year-old Dennis Hauger already has two single-seater titles under his belt, and is looking for a third. As the reigning Formula 3 Champion, hopes were high for his Formula 2 debut with Prema Racing in 2022.

But so far it hasn’t exactly gone his way. In fact, of the six races so far in 2022, Hauger has only scored points in two. These results aren’t reflective of his pace, with incidents, bad luck, and penalties hindering a better start to the season.

He currently holds 12th place in the Formula 2 standings, behind several other rookies. Fortunately for Hauger, there’s still time to make up for lost ground. As one of five Red Bull Juniors on the Formula 2 grid, a future Formula 1 seat could very well be on the line.

Hauger took a total of eight karting titles between 2014 and 2017. After that success, he made his single-seater debut in the 2018 F4 British Championship. Racing for TRS Arden Junior Racing Team alongside Jack Doohan, Hauger took four wins and finished fifth in the standings. Only one point ahead of Doohan, his most impressive achievement was only finishing outside the points in one race (barring retirements).

For 2019, Hauger competed full-time in both the ADAC Formula 4 Championship and Italian F4 with Van Amersfoort Racing. In the former, he took second place in the standings, only seven points behind Theo Pourchaire.

In the latter series, Hauger dominated. Taking twelve wins, five of them consecutive, he grabbed the title over Gianluca Petecof by well over 100 points. After this level of success, it was time for Hauger to make the step up to Formula 3.

For the 2020 season, Hauger moved to Formula 3 with Hitech Grand Prix. He competed full-time alongside Liam Lawson, with Max Fewtrell and Pierre-Louis Chovet occupying the third seat on the team.

Hitech finished fourth in the team standings, with Lawson taking fifth in the overall championship. Hauger struggled a little more than his teammate, although one of his two points finishes was a podium in Hungary. He finished 17th in the standings.

For the second half of 2020, Hauger competed in the final three rounds of the Formula Regional European Championship. He took six podiums in the nine races he started with Van Amersfoort. One of them being a race win, Hauger secured seventh place in the championship despite competing in less than half of the races.

For 2021 he stayed in Formula 3, this time with Prema Racing. With a year of experience under his belt and at the most successful team in the Formula 1 feeder series, Hauger was ready to mount a proper title fight.

And 21 races, four races, and nine podiums later, Hauger was crowned the 2021 Formula 3 Champion by 26 points over Jack Doohan. With Prema driver Oscar Piastri winning Formula 2 that same year, there was a spot for the Italian team to promote Hauger to Formula 2 for 2022.

As a member of the Red Bull Junior Team since 2018, Hauger has his sights set on a Formula 1 seat at some point in the near future. But he has plenty of competition, even just within Formula 2.

Two of the five Red Bull juniors in Formula 2, Jehan Daruvala and Liam Lawson, are currently in the top five of the Championship standings. Hauger, on the other hand, is down in 12th with just 14 points to his name.

Bad luck prevented Hauger from finishing either of the first two races in the season opener at Bahrain. A strange penalty after Safety Car confusion took him out of the lead of the Sprint Race at Jeddah. Hauger finally scored his maiden podium in the Imola Sprint Race, only to retire yet again in the Feature Race.

Fortunately for Hauger, it’s still near the beginning of the season. And while it doesn’t look like he’ll quite be able to challenge for the title this season, there’s still plenty of space for good results that can bring him up in the standings, barring more bad luck, of course.