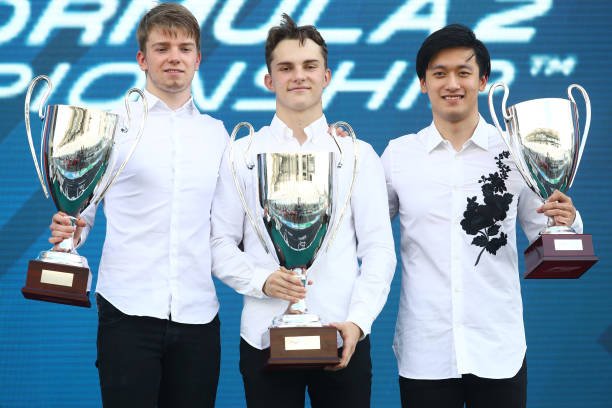 The championship is heating up after the first two rounds of the Formula 2 season.

The 2022 Formula 2 season is underway with the third round set for April 22nd-24th at Imola. So far, we have seen the Bahrain Grand Prix and the Saudi Arabian Grand Prix.

It is interesting that with almost half the grid being rookies, we have already seen four different winners. Each weekend there are two races: a Sprint Race and a Feature Race. Points are available in both races meaning that over the course of the weekend, there are two winners – one for each race.

In Saudi Arabia, Carlin’s Liam Lawson was victorious during the Sprint, whilst MP Motorsport’s pole-sitter won the Feature Race.

With the race weekend structure only having two races, new teams and teammates, the beginning of the season has surely been exciting. But what can we expect from the upcoming rounds?

Formula 2 is a feeder series into Formula 1. There are many differences between the two championships, for instance the cars and the format of the races. However, one thing is very similar: the intensity of on-track battles.

There might be some teams stronger than others. But anything can happen over a race weekend, anyone can win a race.

Over the last few years, we have seen Formula 2 drivers conquer the circuits and intense championship battles. PREMA Racing tends to be in the forefront of everyone’s minds as they are the team with the recent Driver’s Champion.

His success throughout the season led to PREMA being able to secure the Teams’ Championship with 444.5 points. Piastri finished with at least a podium in seven races out of the eight rounds.

This season, however, there are new tracks for the teams as well as some old favourites returning. Below is an image of circuits on this year’s calendar with its previous F2 winner. The championship kicked off with Virtuosi Racing’s Jack Doohan securing pole during Friday’s Qualifying. Unfortunately for the rookie, he lost the lead at the beginning of the Feature Race. Théo Pourchaire, who is the highest returning driver from last year, took the lead.

Pourchaire maintained the lead at the restart of the Safety Car. He won the race and had one point more than Liam Lawson.

During the press conference after the weekend, FormulaNerds spoke to Lawson. When speaking about how he feels being part of the Carlin team, the Kiwi said:

“It’s been one race but it’s definitively positive, we have a nice line-up as well, with Logan’s been very fast, big opportunities for us today to strike forward with both of us.”

Saudi Arabia was even more successful for Lawson. He improved on his podium finish and won the Sprint Race in Jeddah, after battling with Felipe Drugovich, the weekend’s pole-sitter, and fellow Red Bull Junior, Juri Vips.

Sunday’s Feature Race was unlucky for Lawson as he DNF’d. Drugovich continued to have a good weekend as he won the race, with Verschoor in P2 and Jehan Daruvala in P3.

Saudi Arabia saw many crashes across the F2 weekend, which we hopefully will not see many of in the upcoming rounds.

What to expect next:

The teams and drivers are all very different, so it is hard to predict what will happen. However, that being said, let’s expect to see Lawson on the podium once again, as he now occupies second place at the driver’s championship.

In a few days, the Spain tests will be held. Something we can predict is that the drivers will test to their limits to get an opportunity to demonstrate their skills, preparing themselves for Imola.

The current top 10 in Drivers’ Championship Standings are: