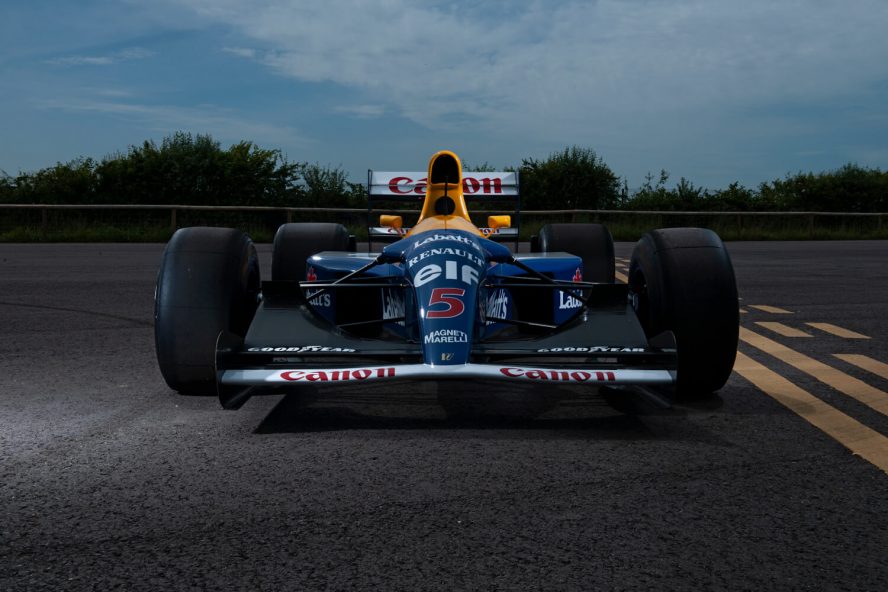 Four-time World Champion Sebastian Vettel has found a way to “have fun” in Nigel Mansell’s original “Red 5” Championship-winning FW14B whilst “having as little impact on the environment as possible”.

The current Aston Martin driver announced via his website that he plans to drive the classic Formula 1 car in a totally sustainable way by using fuel that does not contribute to adding CO2 to the environment.

“As you know, I drive with the number 5 on my car. But as you probably know, there was another famous 5 called the “Red 5” that was owned by Nigel Mansell,” Vettel wrote.

“On the 30th anniversary of his victory at the 1992 Silverstone Grand Prix, I was dying to drive his winning car, the FW14B.

“So I asked the question: can you have fun with a Formula 1 car and at the same time have as little impact on the environment as possible?

“How could we drive an original 1992 FW14B in a totally sustainable way?

“Given the time frame and not wanting to change anything about the engine, could we find a fuel that would replace traditional fossil fuel?

“And that would allow us to run the car in an environmentally friendly way?

“The answer is yes. We left everything as it was and used a carbon-neutral fuel.

“This is a fuel that does not add any CO2 to the environment, but is a fully sustainable, carbon-neutral solution.

“With this future technology we are able to keep an old-school platform alive like a traditional race car and drive it without ecological traces.

Vettel’s plan to “Race without trace” seems to already be in full motion as he’s been snapped inside Mansell’s car.