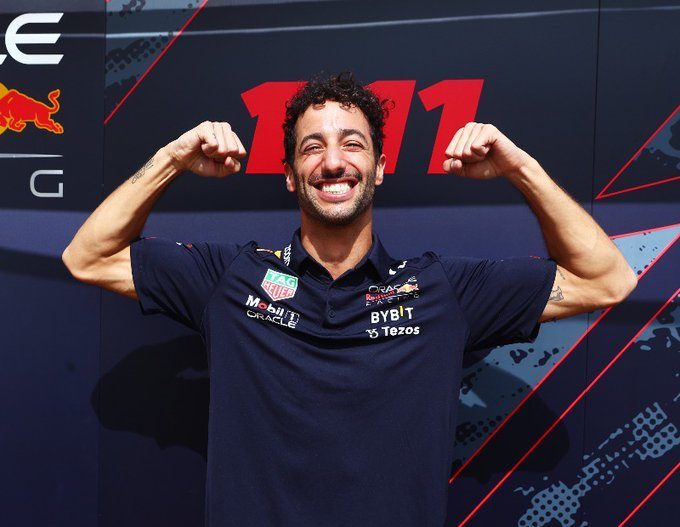 Oracle Red Bull Racing have announced that Daniel Ricciardo will return for next season and become the team’s third driver.

Daniel Ricciardo is set to join Red Bull Racing once again for the 2023 season, this time however, as a third and test driver.  Ricciardo will be re-joining the team after a difficult spell with McLaren, and he is happy to be back home. From a Red Bull press release, he stated:

“The smile says it all, I’m truly excited to be coming back home to Oracle Red Bull Racing as their third driver in 2023.”

Ricciardo will assist the Team with testing and Sim work, as well as commercial activity. The role of a third driver is to test key developments for the car and it also involves a lot of work in the simulator which will help the team create or adapt components or strategies. Alongside this, he would also have to fill in for either Max Verstappen or Sergio Perez if they were unable to race – which means we may end up seeing Daniel Ricciardo race in Formula One once again.

“I already have so many fond memories of my time here, but the welcome from Christian, Dr Marko and the entire team is something I’m sincerely appreciative of.”

Ricciardo has won eight races in his Formula One career, and he has over  29 trophies to his name – most of which were gathered while at Red Bull. The ‘Honey Badger’ is a Formula 1 fan favorite and many will be happy to see him still in the sport. He ended his statement from Red Bull in his usual charismatic fashion, saying:

“We’re very pleased to be working with Daniel again and look forward to everything he will bring to the team in 2023.”

Horner and Ricciardo worker together during the Australian’s first stint with Red Bull’s F1 team in 2014-2018. While his time there did not end as sweetly as most would have hoped, he is certainly welcomed back.

By Cambridge Kisby5 days ago

“It is great to bring Daniel back into the Red Bull family. He has enormous talent and such a brilliant character; I know the whole factory is excited to be welcoming him home.”

He followed up with:

“In his role as test and third driver, Daniel will give us the chance to diversify, assisting in the development of the car, aiding the team with his experience and knowledge of what it takes to succeed in F1. “

The 33-year old left Red Bull in 2018, joining Renault for two years, followed by another two years at McLaren. However, recent events involving Oscar Piastri has forced the 8-time race winner to leave. Since then, there have been several rumours surrounding his future, one of which was a seat with Mercedes.

Now, he has been secured by Red Bull for the upcoming season, fans will be able to see a team of Verstappen, Perez and Ricciardo compete all year round.