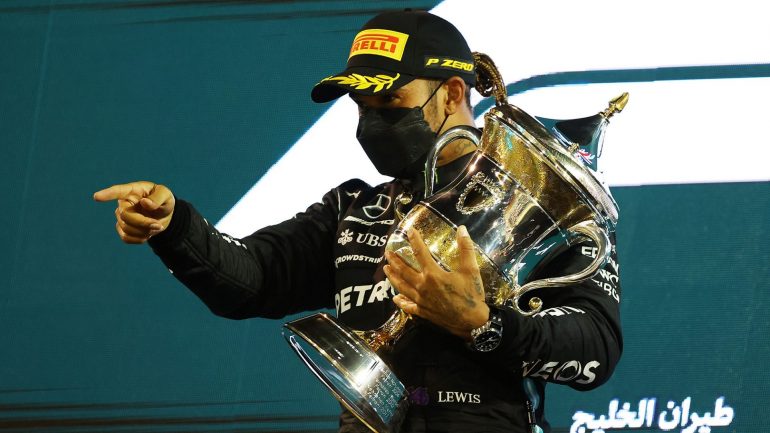 In just over 70 years of Formula One, there have been 34 different World Champions and eight different points systems.

Applying each points system in history to the 2021 Formula One season of 22 races, meant that Max Verstappen is still World Champion.

However is the points system flawed? Is it killing the sport? 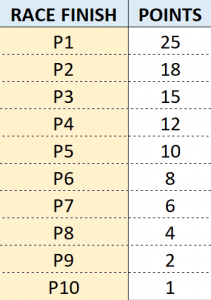 The bottom half of the field has never been awarded points. In my opinion, this is wrong. It is disheartening for those drivers and teams, and it is not motivational in any way.

Every driver puts their all into each race, performing at their best and yet they are not given anything in return. Having only the top 10 receive points stretches the championship, so we basically know the title contenders halfway through the season – everyone else is an also-ran.

After looking at all the points systems, I decided to create, in my opinion, a fairer and more logical points system that rewards everyone.

To make it fair, I think it should be that you gain one more point for finishing ahead of another driver – even if you finish outside the top 10.

The points system would be as follows: 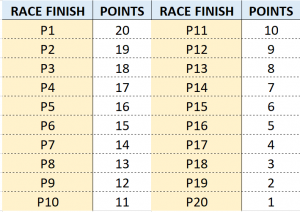 Drivers who are not classified in the final race standings would get zero points.

It would even allow the likes of Mick Schumacher and Nikita Mazepin, who did not score any points in 2021, to finish the season with points. Schumacher would finish on 83.5 points whilst Mazepin would have 49 points.

I applied the points format of 20-1, as well as the extra point for fastest lap, to the 2021 race results. I even included the half points for the Belgium Grand Prix that saw two laps behind a safety car.

Doing this meant that with three races to go, there would be, mathematically, five drivers still in contention for the Driver’s World Championship.

Obviously, two of these would be Lewis Hamilton and Max Verstappen. Hamilton would be on 322 points, whilst Verstappen would be 13 behind on 309 points.

In the final three races, there would be 60 points up for grabs, plus the three additional fastest lap points.

For Norris to win the championship, he would need to win each race, get the fastest lap as he would be 59.5 points behind Hamilton, and pray everything else goes his way.

Whilst it is possible for any of the five to be crowned champion with three races to go, only two would be title contenders with one race left.

They are the two drivers who have had all fans on the edge of their seats all season long.

And whilst Verstappen did win the Abu Dhabi Grand Prix and had the fastest lap, Hamilton finished P2.

Using my proposed points system, as well as the sprint race points, Verstappen would finish the season on 369 points. Hamilton would finish on 382.

Sainz would finish third in the championship with 314.5 points because of his consistency finishing every race within the top 10 except the Portugal and French Grand Prix.

It would also mean that Norris finishes fourth on 299.5 points, ahead of Valtteri Bottas on 293.5 points in fifth. Perez would be sixth on 288 with Ferrari’s Charles Leclerc in seventh on 281.5 points. 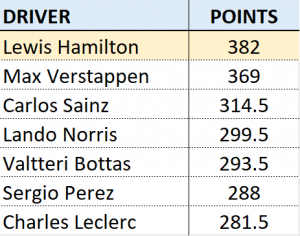 The Formula One points system has changed over the years. Sometimes the driver who finished in first received 10 points, but now they receive 25.

Is this fair? I’m not entirely sure. I think every driver should receive points, even if they finish in P20.

F1 is their career, it’s what they are trained to do. So, why is it the drivers in the best cars are rewarded with points and not the others? If Mazepin was put in a McLaren, he would undoubtedly score some points. If Norris was put in a Haas, it is likely he would not finish in the top 10 that often – or even at all.

The proposed system allows all drivers the opportunity of gaining points. It is fairer, more logical and motivational for everyone involved in an F1 team from the team principal to the drivers to the pit crews.

We’ve seen 8 different formats. Could we potentially see more in the future?

What are your thoughts?