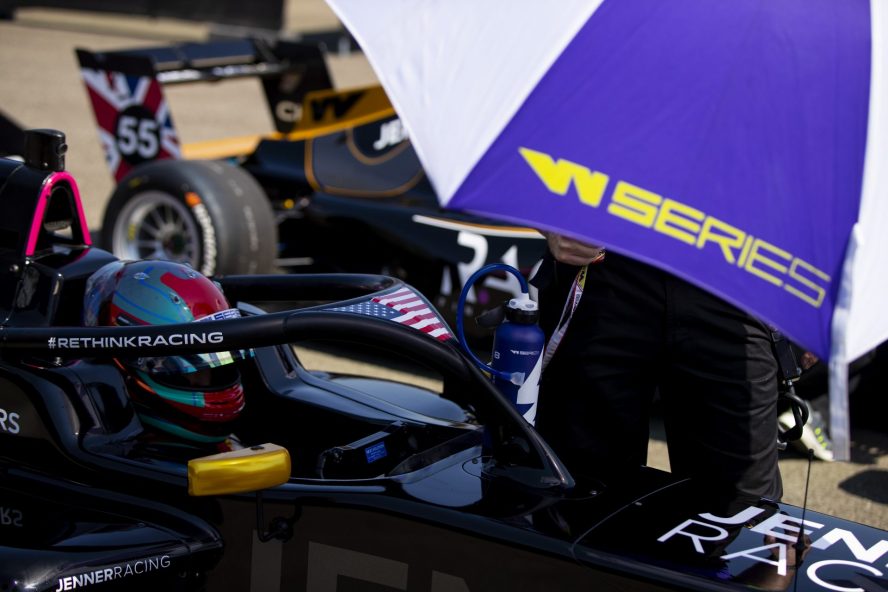 EXCLUSIVE: Is W Series’ Chloe Chambers what F1 Is Looking For?

Despite only being in her first season in the all-female Championship, 18-year-old driver Chloe Chambers has recently impressed the audience with her racing in W Series. FormulaNerds caught up with the American during the past racing weekend in Hungary to discuss her debut in the Series and future dreams.

“Lately there has been this obsession with trying to find the next American F1 driver, do you think it could be you?”

“I think I definitely can, yeah.”

Chloe Chambers has clear ideas. In her first season in W Series, the 18-years-old is already showing potential and more. While the Tatuus F3 T-318 is considered a difficult car to adapt to, the rookie was able to almost immediately conquer points in the second race in Miami at the inaugural weekend of the season on home ground.

Chambers: “It’s a lot to adapt to”

Chambers admitted the learning process, as well as the move to Europe, hasn’t been easy: “I came from driving in Formula 4 in the United States. The cars over there are a whole lot different from the cars here and just the whole driving style is different, the atmosphere is different… It’s a lot to adapt to, but I’ve enjoyed it. I think it’s a very good thing to learn early in your career and so I’ve been enjoying it a lot.”

The season so far has been about adapting, however, more is expected after the summer break: “I think the first half of the season there’s been a lot of learning, a lot of growing, just getting ready for later on this season. I think it’s gone well. I’ve definitely learned a lot and I’m making improvements every race, and so I mean that’s good.”

“I’m just looking to improve on everything really, just get a little bit closer as the season goes on. Hopefully getting a top five or a podium by the end of the year. That’s been my goal.”

Moreover, Chambers can count on a good example from her teammate, 2-times W Series Champion Jamie Chadwick, confirming the collaborative climate within the championship: “I think overall as a whole this series is pretty open: all the drivers are willing to give a little bit of advice here. Obviously not all their secrets, but I think just having Jamie and Caitlyn as well to kind of just ask things if I’m ever kind of lost on something has been very helpful. “

Chambers: “Being here made me feel closer to getting into F1”

Sponsors’ backing has often been the main problem regarding women’s access to the upper series and Chambers won’t hide W Series’ usefulness for her also comes from the charm of an American driver in an American team: “I mean being on the Jenner team has been a huge publicity boost for me and I guess something that more people can relate to.”

“When I tell people I’m racing for Caitlyn Jenner’s team alongside F1 in this series that’s all for women, everybody thinks that’s really cool, especially with the way that the world is moving now and everything. I mean, all my friends are like: “wow, you know Caitlyn Jenner? and like the Jenner family?”. I mean growing up in America and being American, they’re a big household name, so it’s very cool.”

Nevertheless, while the affiliations with Jenner Racing could help open doors in the States, Chambers’ dream remains the pinnacle of motorsport: “I’ve always watched Formula One, and so since I was little, that’s always been what I’ve said I’ve wanted to get into as a career into F1, but IndyCar obviously is right next door to me.”

“I mean IndyCar I think it makes some really, really good racing as well. I think being here at the tracks with F1 has kind of opened my eyes a little bit and I guess made me feel that little bit closer to getting into F1 one day.”

Formula 1 has been searching everywhere for the next American F1 driver and, while the road ahead is still long for Chambers, could she be what F1 is looking for?