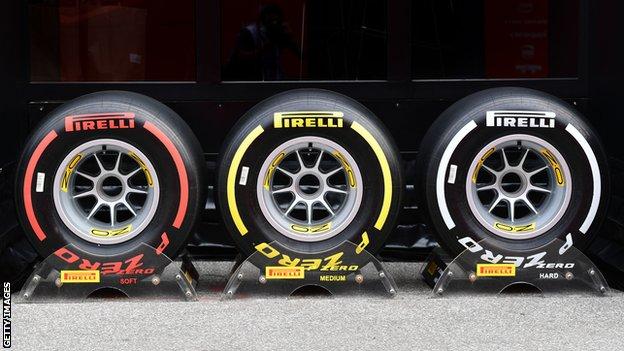 Drivers’ Reaction to the 2022 Pirelli Tyres

Formula One worked alongside Pirelli to produce new tyres for 2022, which saw them expand from 18 inches to 13.

This helped to complement the new low-ground cars which carry a new floor design and aerodynamic changes.

The 2022 regulations aim at creating a more levelled field in Formula One and have teams from the lower of the table compete against the big dogs too. One can say, Formula One’s mission is on the road to being successful.

The likes of Alfa Romeo and Haas are making it difficult for other teams to go forward during races. The midfield battle is exciting as ever, as we see Alpine and McLaren fight it out on track. Meanwhile, we saw Ferrari back where Formula One fans know them to be, on the top.

Ferrari’s Charles Leclerc and Red Bull’s Max Verstappen are showcasing an early championship battle. The fight is great to see, considering that both drivers grew up racing against each other. Despite the “rivalry”, it is not as intense as it was last year with Verstappen vs Hamilton. The drivers are rather keeping to a very fair competition and not cause dramatic episodes between themselves.

The new tyres were highly criticised as it was thought that they can cover more of the drivers’ view. Nico Hulkenberg was one of the first to test out the new car design on the simulator.

He commented on the tyres, “By the way, these larger tyres make no difference to the drivers’ visibility. The driver will just see more rim instead of tyre wall like in the past.”

Well, the current drivers made their verdict too.

The 2021 World Champion is currently in second place on the table with 59 points. Coming from a Red Bull one-two in Imola, alongside his teammate Sergio Perez, the Dutch passed his comments about this year’s tyres.

He said, “When we get close [to another car] you burn your tyres a bit more than you would like and they overheat a bit more. But we consistently work with Pirelli anyway about what we would like and what we would like to improve. So it’s also very hard for them because it’s a completely new concept. We haven’t really done a lot of testing, so I’m sure now in the coming months or maybe for next year, we can improve things.”

Following the partly wet race in Imola, Verstappen commented about the wet-weather tyres. He admitted that a few more wet sessions can help Pirelli to examine more how to improve this compound.

He added, “The extremes, you would only want to use them when there is a lot of water because as soon as that starts to clear, they are actually very slow, because then you very quickly want to swap to an intermediate, but they don’t really clear the water as well naturally. But even when there’s just a tiny bit of standing water, because of the warm-up is quite poor at the moment, it’s just super hard to drive.

“So again, I think it’s like on the dry like we can work also on our wet tyres and try to find in general just a bit more grip from them, even with the colder working range. So we just need a few wet sessions, I guess, with Pirelli to try and see what we can do with these bigger tyres because for them it’s also a bit of a question mark with the amount of downforce we create and it’s the first year with these tyres. What can we make? What softness can we use, and I’m not even a tyre expert but I can understand of course where they come from so it’s not easy.”

Lando Norris is impressed by how the new regulations helped to improve racing. He is finding it easier to follow up on another car, rather than end up getting way behind because of the big distinction between them.

The 22-year old said, “I think you have been seeing better races this year than for many years.”

He admitted that one thing making it difficult for them though is the tyres.

The podium winner in Imola said, “The thing which doesn’t allow you to get even closer is the tyres, you know, like I’m managing pretty much every single lap in the race – even in qualifying, you have to manage a bit.

“So when you have these couple of oversteers when you’re following, when it gets a little bit harder you pay the price very quickly and that’s what limits you to get that final bit to really overtake and maybe race as close as what you can in Formula Four and things like that.

“So yeah, like Max said, Pirelli are working hard to improve this. It’s the first year on the tyre, they know what they need to work on and I’m sure they’ll come up with better tyres for next year.”