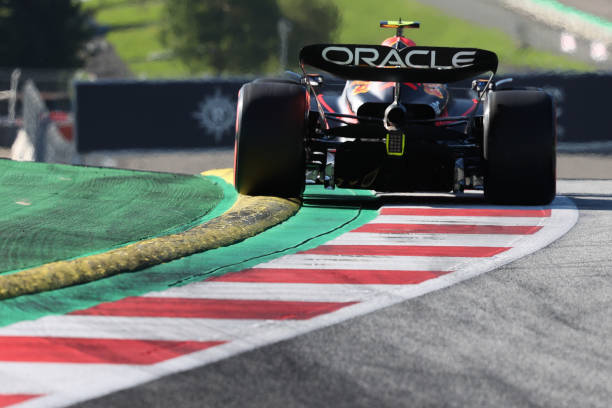 Did the FIA go too far with track limits in Austria?

There were penalties aplenty over the weekend

Across the weekend, track limits rules proved controversial and resulted in numerous penalties.

In Sunday’s F1 race alone, there were an impressive 43 track limits violations, and the television coverage highlighted the high number of drivers receiving warnings.

But F1 was not the only series impacted by the tightly enforced regulations. Both support series competed over the weekend, where track limits were just as prominent.

What were the track limits rules this weekend?

Throughout the season, regulations in this area have been fairly consistent. The edge of each track is defined by the white line. If all four tyres cross this line, it counts as a track limits infringement.

Prior to the weekend, race director Niels Wittich drew particular attention to Turn 10 at the Red Bull Ring, which leads onto the start/finish straight.

In his pre-weekend notes, he wrote: “During Qualifying, Sprint and the Race, each time a driver fails to negotiate the exit of Turn 10 will result in that lap time and the immediately following lap time being invalidated by the Stewards.”

How did the rules come into play in the race?

Separate from this, the majority of racers received warnings. Graphics revealed that all of the frontrunners reached two warnings.

The FIA clarified the rules post-race, saying: “The number of penalties today is proportional to the number of infringements of Article 33.3 of the Sporting Regulations, with drivers during the race given two ‘strikes’ for crossing the white line with all four wheels, followed by a black and white flag for the third infringement, and referral to the stewards for each subsequent infringement.”

In an era where the governing body is constantly and understandably criticised for inconsistency, the FIA said that these rules were the result of “discussions with the drivers and teams to improve consistency and clarity”.

Despite this, the implementation of the regulations frustrated numerous racers.

McLaren’s Lando Norris received his five-second time penalty after he exceeded track limits at Turn One. He recovered to finish in seventh position but nevertheless disagreed with his punishment.

“I had one in Turn 1 or wherever my penalty was,” he explained. “I just like locked up the front tyre, I hit the sausage [kerb], I’ve lost like a second up the hill – and then I just get track limits for that.”

The regulations did not disadvantage Max Verstappen. He crossed the finish line in second place and maintained his championship lead, albeit Charles Leclerc narrowed the gap by six points.

However, the 2021 world champion was still acutely aware of the arguments over the rules. He called the debate “a bit of a joke” across all three racing series.

Verstappen also had something to say to those who contested that it is simple enough to stay within the white lines.

He explained: “It sounds very easy, but it’s not. When you go that quick through a corner and some of them are a bit blind, you have a bit more understeer, tyres are wearing, and it’s easy to go over the white line.

“But do you actually gain time? Maybe yes, maybe not. To be honest, it’s only like two or three corners where you can go a bit wider. I don’t think we should have this, ah you went 1mm over, that’s a penalty or whatever. Then just add a wall or bring some gravel back.”

The frustration was present throughout the field, with Mick Schumacher acknowledging that this topic has been a “very big problem” ever since he competed in F2. He added that the harsh penalties “look a bit silly” and race control should resolve the issue before the next round in France.

Track limits in the support series

Following F2’s sprint race, Theo Pourchaire was under investigation for track limits violations. This meant that he was at risk of losing his second-place podium finish.

He admitted post-race: “I don’t know why I’m under investigation, to be honest. They say track limits, but I have three warnings so I don’t know.”

Race control eventually decided that he would keep his podium, but other drivers were not as lucky. Sunday’s polesitter Frederik Vesti received a time penalty as he sat in ninth place; he failed to achieve any points on Saturday.

In the post-race press conference, sprint race winner Marcus Armstrong said: “It’s a bit inconvenient for us, for sure, but it’s the rules. Unfortunately, I can’t do anything about that.”

All in all, it was almost impossible to keep count of the number of track limits violations. Is the FIA finally enforcing the regulations consistently, or did they go a step too far in Austria? Let us know what you think!