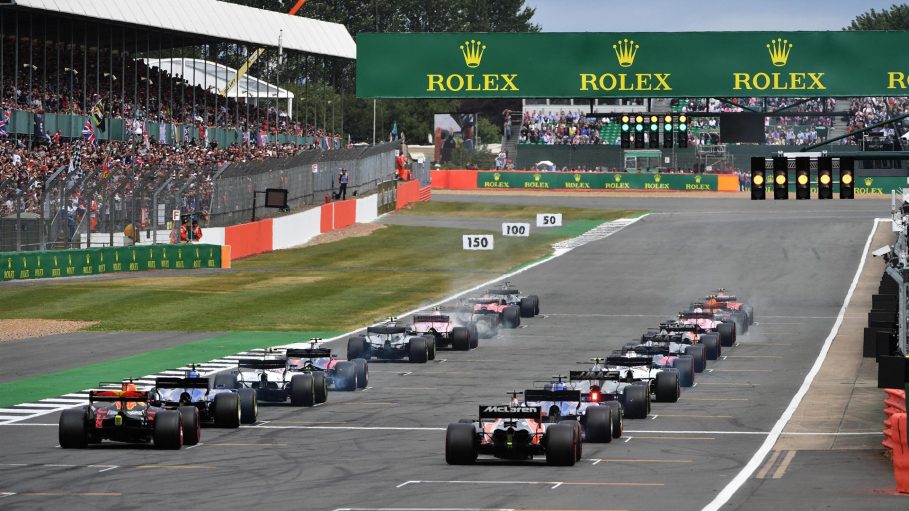 Some of these graphics need to go

More data than ever is now available to Formula 1 fans during TV broadcasts, but sadly it’s beginning to detract from the spectacle.

If you watched Sunday’s Spanish Grand Prix, then it’s likely you would have seen the various AWS (Amazon Web Services) graphics.

Some of these offer an interesting insight to the on-track action, including the intriguing corner comparisons, which provide data on different drivers in technical sections on the track.

Various other graphics have been introduced over the last few years and more look to be in the pipeline.

This is great. It gives fans data that was only ever showed to the teams, and truly shows the skill levels of drivers as they hunt those precious tenths of a second

But what needs to be omitted from TV broadcasts are the constant predictions.

During Sunday’s intense battle for the win between Lewis Hamilton and Max Verstappen, the prediction graphics somewhat ruined the finale.

After Hamilton stopped for medium tyres on lap 42, he had a 22-second gap to Verstappen, as he hunted down the Dutchman on fresh rubber.

As the Mercedes driver was catching the Red Bull at staggering rate of knots, an AWS graphic told viewers exactly when Hamilton would catch, and that it would be a reasonably easy overtake.

This was somewhat a spoiler to a strategically interesting battle for victory.

Before this, during the first pitstop phase, a graphic appeared predicting the gap between both drivers after their stops and the likelihood of a Hamilton overtake.

Pitstop battles are some of the most intriguing parts of a grand prix, especially at a track where overtaking is so difficult – telling viewers what is going to happen ruins this.

F1 is sport a dominated by statistics – but sometimes, less is more.

Despite all the innovations and data, the best thing about F1 – and sport in general – is the level of unpredictability.

Think back to Pierre Gasly’s stunning win in Monza last year, or Jenson Button’ storm through the field at Canada back in 2011 – TV broadcasts must not ruin the entertainment.

All these predictions do tell fans what’s going to happen, and how long it will be until they see it.