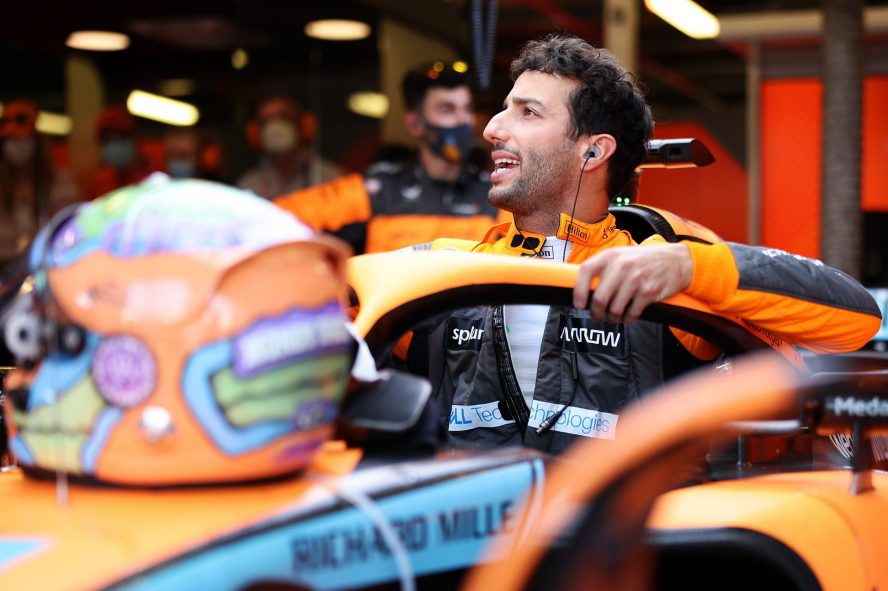 Will Daniel Ricciardo Stop Being the “Second driver”?

Daniel Ricciardo keeps struggling to find his feet in the Mercedes-powered McLaren while teammate Lando Norris triumphs with podiums.

It’s sad to see such a driver who gives so much to the sport have the chances of a Championship win slowly drift away. The Aussie is one of the drivers who made it into the sport with passion and merit and there is no question that he is where he is now because of his impeccable driving ability.

He had the chance to win the championship with Red Bull, mostly in 2015 when he had Daniil Kvyat as a teammate. But what went wrong in the 32-year-old’s career for him to still be waiting for a better chance?

In my opinion, Ricciardo had a one-time chance which he unfortunately lost, and other than that, he has been acting as the famous “second driver”.

He earned the Red Bull seat in 2014, having four-time World Champion Sebastian Vettel as his teammate. The German was in his prime time and Ricciardo had to live up to such expectations. He then had a year where he was the main focus of the team but it was still not enough for him to earn his title.

Max Verstappen then came along and it became Red Bull’s mission to once again have one of the youngest ever drivers become a World Champion, just like Vettel. It took them five years, but they got there in 2021.

Verstappen’s dominance at Red Bull urged the Aussie to move to Renault, which did not have a competing or race-winning car. A move to McLaren seemed smart after a spell with the French side, but did he end up being a “second driver” to another young protege?

McLaren CEO, Zak Brown, gave his comment on his drivers so far to Sky Sports during Any Driven Monday on May 23. It is no secret that the McLaren boss is very fond of Lando Norris and the team hopes to go forward with the young Brit and build a championship-winning team like they once were.

He said, “Lando definitely has an edge. We obviously would like to see Daniel much closer to Lando and a good inter-team battle but Daniel’s just not comfortable yet with the car. We’re trying everything we can.

“Again, it was a disappointing weekend. Short of Italy or a couple of other races, it’s not met our expectations and I think all you can do as a team is keep working and keep communications going. Keep pushing and hope that whatever’s not clicking at the moment clicks shortly.”

Lando Norris has been having some outstanding performances with McLaren and has impressed the rest of the grid. The car is not as good as that of Ferrari or Red Bull, who are looking as favourites for this season’s title win. But the 22-year old already managed a podium in Imola this season when compared to Ricciardo.

The Honey Badger so far only managed to get himself points once, in his home race in which he finished sixth. Other than that, he finished outside of the top 10 and had a DNF in the other five races.

This led Brown to add, “It also points to how good Lando is. When you look at the gap between Charles and Carlos, the gap between Max and Sergio, there are gaps between teammates and I think Lando is one of the best drivers in the world at the moment and it’s a compliment to Lando when you see how big the gap is.”

Zak Brown gives his thoughts on the inter-team battle between Lando Norris and Daniel Ricciardo 🟠 pic.twitter.com/UeKA42a1PD

The team battle is always a headache for the garage. Norris is naturally more comfortable at McLaren having been there since his rookie season in 2019. Meanwhile, Ricciardo drove a Mercedes engine for the first time in 2021 when he joined the New Zealandic side.

Many blamed Ricciardo’s poor start to the season on this fact, and throughout the season he went on to help McLaren achieve a one-two, the only side to do so in 2021. In Monza, Ricciardo raced to victory as Norris followed behind him in second, and many thought that we are finally going to see the Ricciardo we know once again.

But we haven’t and it raises many questions about his future and where he is heading. He claimed that he wants to retire with McLaren because he is really happy with the team, especially because of the support that they have given him. But younger drivers are coming into the sport hungrier than ever, such as Oscar Piastri who has Alpine and McLaren as racing opportunities.

With Formula One becoming an ever-changing sport and developing at a very fast pace, team principals and CEOs will look into fresher talent, and the older drivers might be at risk of losing their seats, especially if their performances are like those of Ricciardo unfortunately.

It is a shame for us Formula One fans and a shame for the drivers who give so much to us each weekend too.