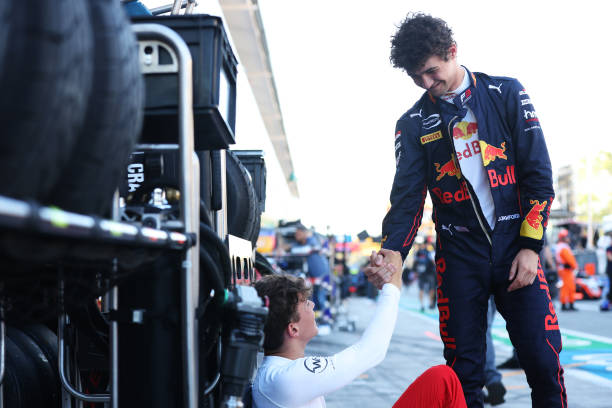 Crawford on the challenges of fighting for the F3 title

Jak Crawford was one of the drivers who fought for the Formula 3 title till the final round in 2022.

Making it into the championship fight in his second season was a big step up for the Red Bull junior. In a guest column with Formula 3, Crawford spoke about his bid for the title and some highlights of his season.

The title battle was so close in 2022 that Crawford finished seventh overall, but was mathematically in contention going into the final round. Ending the season on 109 points, he scored his maiden Formula 3 win as well as four other podiums.

“I learned quite a lot this year,” Crawford said. “More than any other season. Fighting at the front and fighting for a Championship, I think you learn a lot more. I learned a lot about myself and the key to this year was not thinking about the title.

It wasn’t just the driver’s title that Crawford was fighting for. Alongside Arthur Leclerc and Oliver Bearman, he helped drive PREMA to the team’s title. Despite all three drivers struggling at times, consistency helped them win by 54 points over Trident.

The American driver’s best weekend came in Imola, where he scored a double podium by finishing third in the Sprint and second in the Feature. But what he picked out as the highlight of his season was his maiden win in the category.

“One good thing from the season was my win at the Red Bull Ring. I think that even though it was the Sprint Race, it was one of the most complete races I’d done. No big mistakes and I executed everything well, overtakes and tyre deg and staying ahead when I didn’t have DRS. The Red Bull Ring Sprint Race was probably the highest point of the season. We were quite high up in the Championship at that point.”

As far as the future goes, Crawford has confirmed he’ll be making the step up to Formula 2 in 2023. While he hasn’t said what team he’ll be joining, it seems fairly set that he’ll be taking one of the Hitech seats. With Juri Vips and Marcus Armstrong unlikely to return, Hitech is rumoured to have signed Crawford along with Isack Hadjar.

Crawford has previous connections to Hitech, having driven for the team in his first season of Formula 3. The team also seems to sign Red Bull juniors quite frequently, and Crawford and Hadjar are both members of the Formula 1 academy.

Formula 2’s silly season has barely started, seeing as they still have one round left to go. But with Formula 3 done for the year, pieces are starting to fall into place. One of those pieces, although details aren’t confirmed, will include Crawford.