Many locations of race weekends this season where spectators were allowed have featured large concerts in the evenings.

At COTA, Twenty One Pilots, among others, fired up the atmosphere at the racetrack, and at Zandvoort, Tiesto carried on the party after the race was over.

The energetic and happy atmosphere in the Netherlands is known to have been off the charts and this was partly due to the off-track entertainment.

The good thing about these concerts at the race track is: in most cases, the concerts are free for all ticketholders.

Apart from the F1 sessions and the supporting races, a race track offers a wide range of entertainment, especially in the evenings. Concerts, however, are probably the most entertaining event that takes place alongside the high speeds races.

One of the first hosts to introduce concerts was the Singapore GP. Since 2008, well-known artists have performed at the GP, for example, Katy Perry or Linkin Park.
Since then, almost all race venues have followed suit with this entertainment.

Formula 1 is no longer just about the race, but also the community of fans surrounding it. It seems that entertainment away from the race-related sessions is becoming more and more important.

However, this is not reflected in the recently published worldwide survey of Formula 1. 18,500 of the total 167,000 respondents said they attended a Grand Prix. Their feedback, however, was rather meagre.

Concerts and other entertainment outside of the races hardly seem to play a role in the decision of whether and which GP to attend. In contrast to the 2017 survey, the importance has even decreased.

Nevertheless, Formula 1 is pursuing the goal of attracting non-traditional fans to the race track via this route. The aim is to build a bridge to the younger fans in particular. 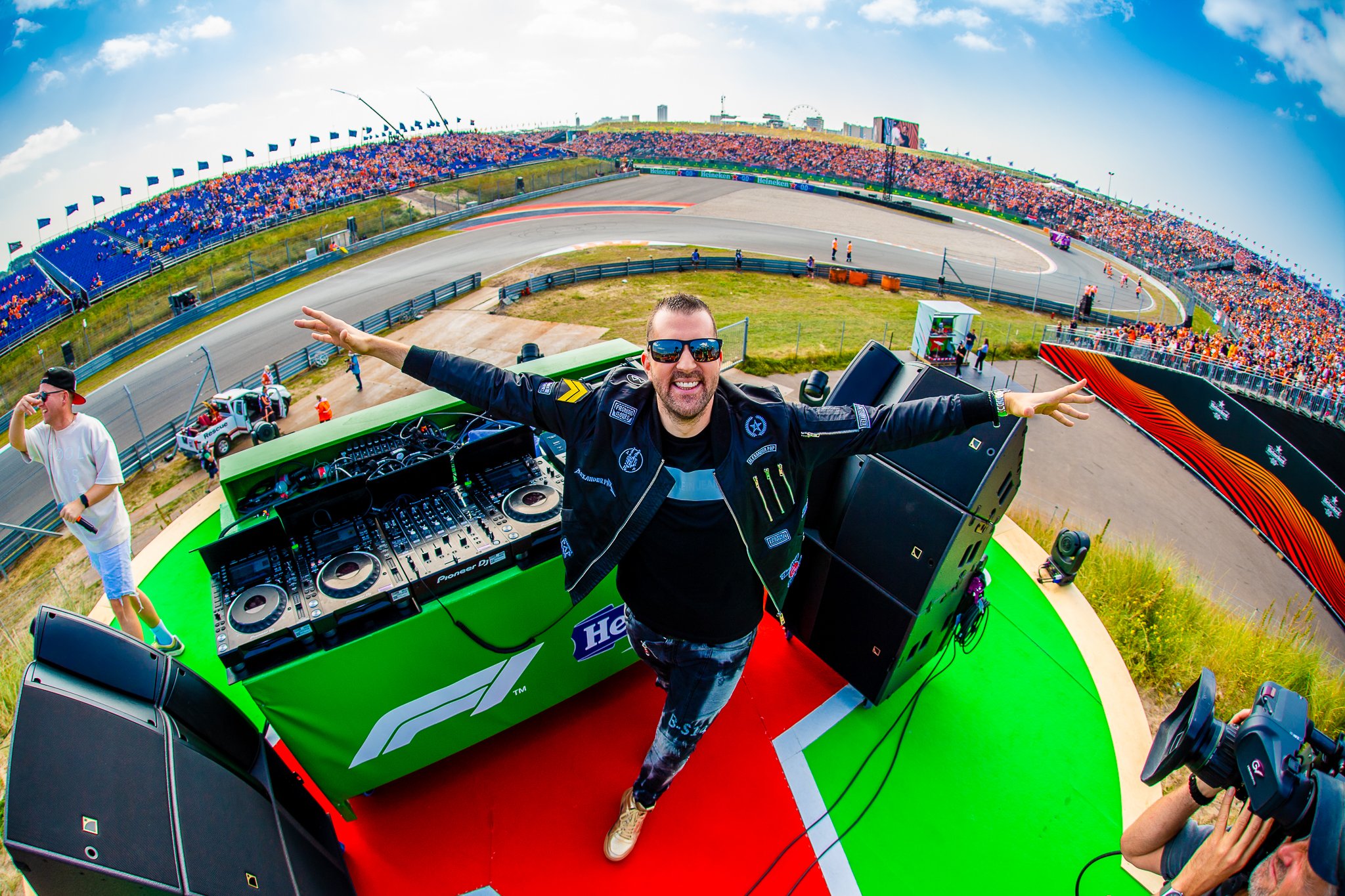 At the next race weekend in Jeddah, Tiesto and Jason Derulo will once again take on this task on Saturday evening. On Saturday, right after the chequered flag, Justin Bieber, A$AP Rocky and David Guetta want to get the crowd going once again.

Prince Khalid bin Sultan Al-Abdulla Al-Faisal, chairman of the Saudi Automobile and Motorcycle Federation, commented on the decision to invite high-profile pop stars to the first race in the Kingdom:

“We look forward to seeing them perform during the live concerts on the major stage next December, and transporting all the cheerfulness and excitement from the racetrack to the stage after a day of racing competition. We also want to provide the fans with an unforgettable entertainment experience and a unique opportunity to celebrate the arrival of F1 competition to Saudi Arabia”

Artists have also been performing in Abu Dhabi, traditionally the last race in the Formula 1 season, since 2009.

John Lickrish, chief executive of promotion Flash Entertainment, wants the line-up at the season finale to reach all kinds of music fans.

“This is something that we have been developing since the first race in 2009, when we had artists like Beyonce playing as part of her first world tour.”

Khalid will perform on Thursday. Friday, he will be followed by 3x Brit award winner Stormzy and Saturday is covered by Lewis Capaldi. A good range of music is thus about to be performed and Lickrish says about it:

“On Thursday, we try to do something for a younger audience. Then Friday we ramp up the energy even further, and on Saturday, we try to add something more mellow and soulful.”

The big, emotional event after the race and as a farewell to this exciting season is the Foo Fighters:

“And when it comes to Sunday, it is all about that big emotional release and it’s an artist with a huge catalogue of anthems that really gets the crowd involved.”

Whether this has the desired effect of appealing to the younger target groups and bringing them to the race weekends remains to be seen – but the response is great, as we have already seen at past events.

On the other hand, concerts in the desert states also attract criticism. In general, race weekends in there are under close scrutiny, e.g. the dress code in Saudi Arabia polarised.

Recently, Hatice Cengiz, the fiancée of slain journalist Jamal Kashoggi, wrote a letter with an urgent request to the Canadian:

“This is a unique opportunity to send a powerful message to the world that your name and talent will not be used to restore the reputation of a regime that kills its critics.”

Bieber’s response to her request is still pending.

But Formula 1 drivers are also showing their opinions on political issues. Lewis Hamilton drove in Qatar wearing a helmet that supports the LGBTQ+ scene. He has stated that he will also wear this special helmet in Saudi Arabia to spread the word.

Overall, it remains to be seen how off-track entertainment will catch on at race weekends and whether previous concerts can be topped.

Is F1 going to see another tyre war?

Honda say communication is the reason for success with Red Bull