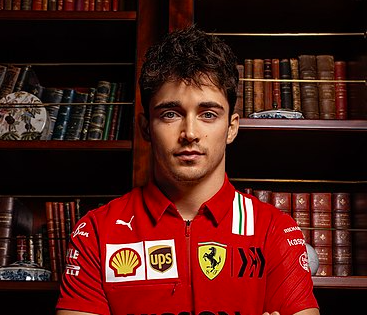 Charles Leclerc: Through the years

Charles Leclerc has a bright future in Formula 1. A proven race winner, and now a contender for a world title. Below is a tale of how he made it to ‘the big leagues.’

Leclerc’s first major racing year involved three series, all of which he won. He won the CIK-FIA Academy Trophy and the ERDF Master Kart Paris-Bercy. He also became the youngest winner of the CIK-FIA KF3 World Cup, aged just 14.

Following his success the previous year, a young Leclerc was hungry for more. Still in go-karting, he managed to break another record. He became the youngest WSK series KF2 champion.

He also won the CIK-FIA under 18’s championship and became the Vice European champion in the CIK-FIA KF2 series later that year. That made it six karting championships in two years for Leclerc.

The record-breaking Leclerc didn’t stop there as he went on to become the youngest winner of the Winter cup KZ. He began to prove himself as an incredibly talented go-karter.

Alongside his new trophy, he also finished an impressive second place in the CIK-FIA KZ World Cup. The obvious talent on display from Leclerc earned the Monegasque a move into motorsport.

Aged 17, Leclerc moved into the Formula Renault ALPS series. He signed with Fortec Motorsports and managed to finish as vice-champion for the campaign. An impressive start in motorsport for the rookie.

Now it was time for Leclerc to move into Formula 3. He showed undeniable potential the year before and that meant that he could race for Van Amersfoort Racing in F3.

As a rookie in the Formula 3 car, he won the ‘best rookie of the year’ award. His efforts behind the wheel allowed Leclerc to finish fourth overall in the driver standings.

From Formula 3 to the GP3 series. Leclerc went on to prove himself once again as a rookie. This time, however, he won the series.

For ART Grand Prix, Leclerc raced alongside well-known drivers such as Alex Albon and Nyck de Vries. He won three races in total and gained another five podiums which allowed the Monegasque to win the series by 25 points.

This year was Leclerc’s most impressive yet. 2017 saw him crowned as the Formula 2 champion. A truly dominant year with Prema Racing was topped with a whopping seven wins and another three podiums.

His adaptation to the series was widely noticed. While Albon – who finished second in the GP3 series – could only finish tenth, Leclerc won the whole thing.

After his performance in the Formula 2 campaign, he was soon picked up by a Formula 1 team. The Ferrari academy driver found himself racing for the Alfa Romeo Sauber F1 team.

The year was a success for Leclerc. Constantly getting into the points with mature and dynamic drives. He also finished four places above his teammate Marcus Ericsson, 14th and 17th respectively. Now it was his time to shine.

From Alfa Romeo Sauber to Ferrari. This was the year where Leclerc lived his dream. But also his worst nightmare, as his close friend Anthoine Hubert tragically lost his life.

Despite the heartbreak, Leclerc won two races that year, in Spa and Monza. One of which on the same weekend as Hubert’s death. However, it was a year for pole positions as he picked up seven in total. This showed fans just how fast Leclerc is.

By Morgan Holiday21 hours ago

It was a hard year for Ferrari as we all remember. Both Leclerc and his teammate, four-time world champion Sebastian Vettel, struggled. The Monegasque ended the season above the German, however, finishing the year in eighth place.

He could only gain two podiums this year, winning no races. It was just simply impossible for the Ferraris to keep up with the pace of the Mercedes and Red Bull this time around.

A memorable year for many Formula 1 fans, for better or for worse. But Leclerc is one man who will not want to remember it. 2021 was another struggle for the Ferrari driver, with no race wins once again.

He could only step onto the podium once, following an exciting British Grand Prix. For more disappointment, he surprisingly finished the season behind his new teammate – Carlos Sainz. A first for Leclerc.

Tides were changing in 2022. In fact, at the beginning of the year Leclerc was in contention for the title. Winning two out of the three beginning races, and racing to an excellent standard, he was top for a short while.

However, mistakes from Ferrari and the ruthlessness of Max Verstappen soon put an end to that. He now sits third in the standings, just over halfway through the season (at the time of writing). Three wins and five podiums may seem good on paper, but he needs more to be a champion.

It’s a career filled with success for Leclerc, yet it still lacks the crown jewel. While he undeniably has the talent to compete at the top, some might say that other elements have let the driver down – such as Ferrari.

This year has been promising for Ferrari’s prodigy, showing that he has the ability to be champion. But he must do more to beat the dominant Verstappen. It’s likely that Leclerc will stay with his favourite team, and it’s just as likely that he will continue his racing standard. But the question remains, will Charles Leclerc take the next step and become world champion.