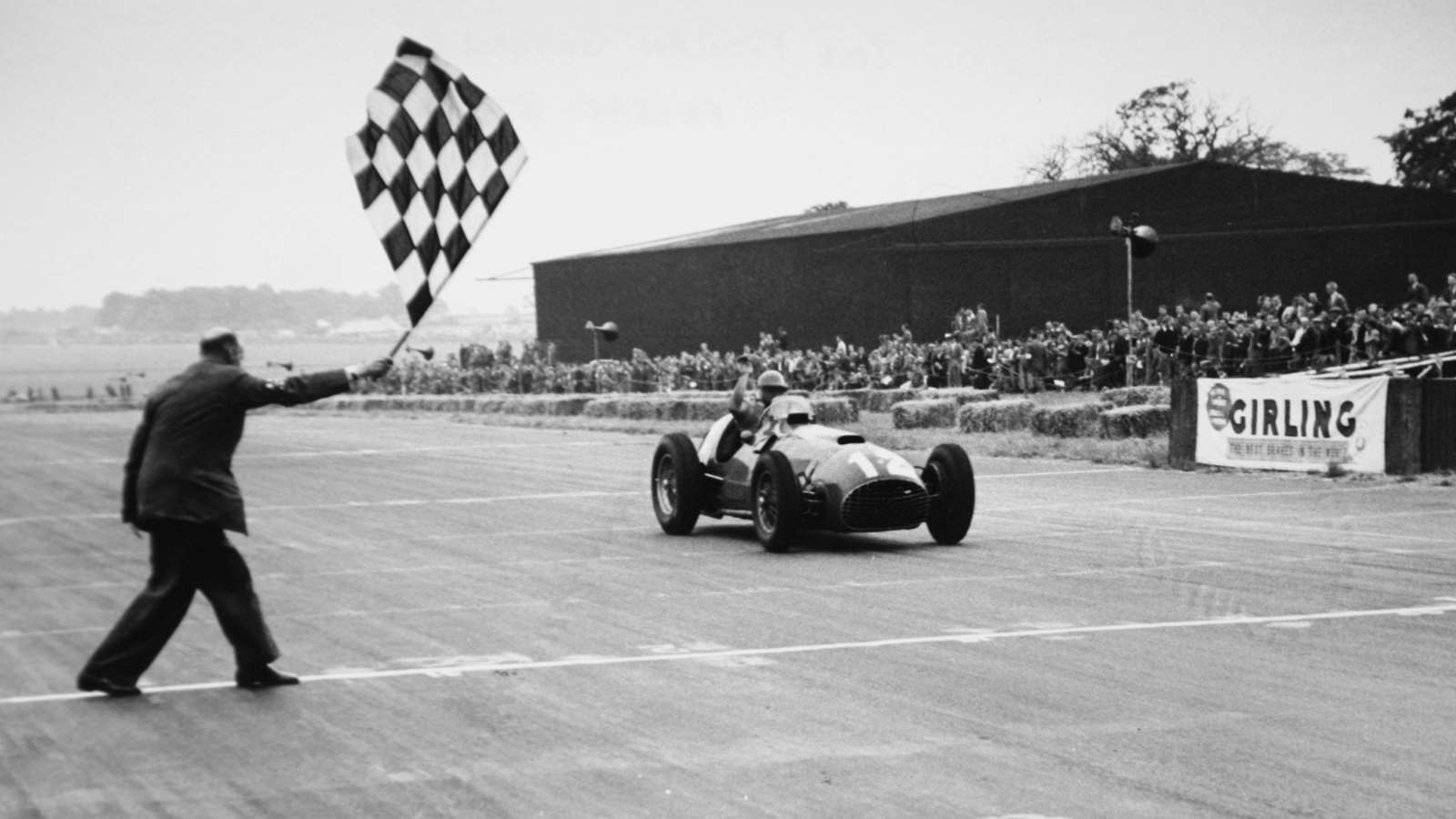 At the beginning of the legend

At the 2021 British Grand Prix, Scuderia Ferrari will celebrate the 70th anniversary of its maiden victory in Formula One during the 1951 British Grand Prix. The win was the first of many and contributed to the birth of the myth of the Ramping Horse.

Silverstone, Great Britain, is getting ready to host its second Formula 1 Grand Prix. Alfa Romeo is the car to beat: its drivers (Fangio, Farina, Sanesi, Bonetto) are the favorites. In fact, Farina is the current World Champion and Fangio is the championship leader. Qualifying looks obvious: no other team has ever conquered a pole position in the Formula One World Championship.

However, something changed in F1 history: José Froilán González conquered pole position for Scuderia Ferrari by being one second quicker than Juan Manuel Fangio. On Saturday, González would pass first under the chequered flag after an exciting race to beat his fellow countryman Fangio and bring the first trophy to Maranello.

The 90 laps of the race were anything but easy. On the straight at lap 10, Fangio overtook González for the lead and started gaining a considerable advantage. In 1951 (and today), pit-stops are one of the most determining factors of the race and the Ferrari 375 was more fuel-efficient, needing less petrol ad being faster to refuel. Hence,  González only needed one stop compared to the Alfas on a two-stopper. The Argentinian was able to push the car to the limit and win the race by 51 seconds.

Why Antonio Giovinazzi Has To Impress In Italy

The victory becomes even more curious considering two factors. Firstly, Alberto Ascari, who was considered the main driver by Ferrari, was forced to retire for technical problems and, when given the opportunity to continue the race with González’s car, he refused, proving to be a true gentleman. Secondly, Luigi Villoresi conquered the third step of the podium for Scuderia Ferrari but it’s unusual to notice both Ascari and Villoresi had raced with newer chassis and engines compared to González.

The race will then also become famous for the words of Enzo Ferrari regarding the first out of the (currently) 238 victories. Ferrari, who had previously been the head of the racing department for Alfa Romeo, admitted in his book Ferrari80 mixed feelings over the maiden win.

“When, in 1951, González and his Ferrari left the [Alfa Romeo] 159 and the entire Alfa team in his wake for the first time in the history of our direct clashes, I cried for joy. But mixed in with those tears of enthusiasm were tears of pain because that day, I thought to myself: I’ve killed my mother”