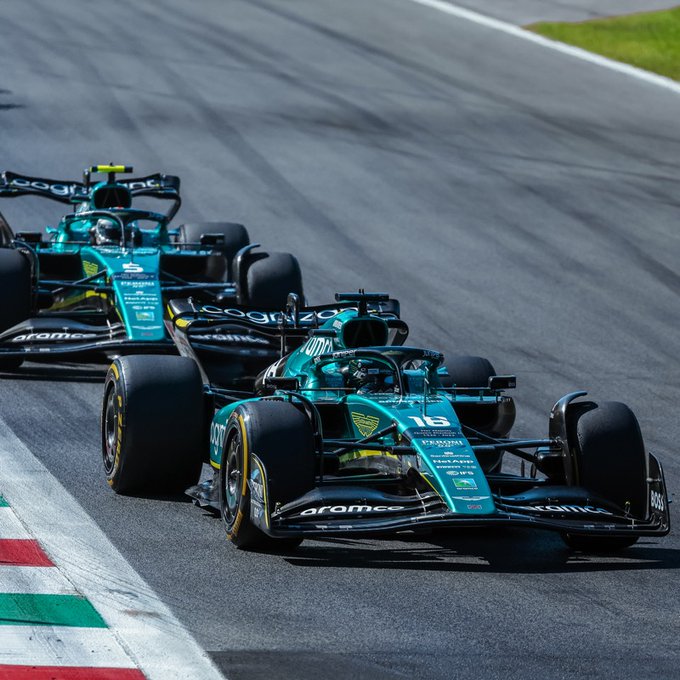 Aston Martin have got it wrong in 2022 and currently lie in ninth in the Constructors’ championship with 25 points.

The British car manufacturer raced in Formula One back in 1959 and 1960. Lawrence Stroll signed a partnership with the automotive company that saw Racing Point become Aston Martin in 2021. Things were looking promising for the returning brand, however, as car regulations changed in 2022, things took a wrong turn.

Sebastian Vettel and Lance Stroll have not been able to keep up with the rest of the grid. From earning a podium in Baku in 2021 to barely making it into the top 10 in 2022. This year is an unforgettable one for Aston Martin, and they are starting to look ahead to 2023 already.

Their new Technical Director, Dan Fallows, who joined from Red Bull in April, admitted that the team will make a “big step forward” next season. The team will also soon be opening their new F1 factory and wind tunnel campus at Silverstone. This building is set to host the team’s Formula One duties. By 2026, Aston Martin are also rumoured to become an engine supplier, to their car and maybe other. However, this news has not been confirmed but only speculated by some of the high figures in the team.

Dan Fallows believes that Aston Martin are on the right path to 2023.

In an interview on Aston Martin’s website, he said: “We believe it will be much more competitive than this year’s car.

“I’m confident we can make a big step forward with the AMR23.”

He added: “When I look around the car, there are areas of improvement absolutely everywhere. I mean, we have literally hundreds of projects on the go right now. In the aerodynamics department, in the design office, in R&D, throughout the team, people are finding improvements, be it weight improvements, stiffness improvement, improved driver controls, better aerodynamics, a more stable car platform – it’s all going to bring performance to the car.”

Dan hopes that Aston Martin will be back on the competitive front very soon. He admitted, however, that the team needs to take this process step by step. Competing in the midfield and competing for race wins and championships are two completely different things.

Dan said: “We are incredibly ambitious about shortening the timescales to get to where we want to be, but there’s a big difference between becoming the leading midfield team and seriously challenging for race wins and championships. It’s something that’s going to take years rather than months to achieve, so we have to be realistic about expectations for the next couple of years.

Compared to other teams, Aston Martin can be said to be one of the worst cars on the grid. Haas have improved and also earned themselves double points once in the season, and Williams have been impressing with their straight-line speed.

So where are Aston Martin and how did they end up in the bottom pack?

By Morgan Holiday2 hours ago

The main problem for Aston is the fact that most of their car components are bought rather than designed. This leaves little to no space for development on the AMR22. Aside from the engine, Aston Martin also bought their gearbox and rear suspension from Mercedes. These components were not specifically designed for the Aston Martin and that is why the team was very limited on how they can design their car to their own “Aston Martin way.” The components used fit other people’s designs rather than that of their own construction of the car.

The other problem is the sidepod-focused package that Aston Martin presented at the beginning of the season. The bulky sidepod design left little space for aerodynamics. What Aston Martin did to generate downforce throughout the season because of this problem is run a higher nose tip. This created more airflow and hence more downforce, however, it did not seem to help the Aston Martin as much.

That is why, mid-season in Spain, Aston Martin produced a new aero package. Changing the car’s aerodynamics that much mid-season will create more inconsistency in the team, and so not much improvement can be pinpointed.

Aston Martin opted for the Red Bull sidepod design, having the back a bit more dipped into the car. The car was so similar to the RB18 that it was nicknamed the green Red Bull. People assumed that Dan Fallows had something to do with this change at the Spanish Grand Prix.

But it turns out that this was already in Aston’s plans before he even joined. He said when asked whether this was his idea: “No. Nothing at all. The upgrade had already been designed before I arrived.

“I completely understand why the team did it. The car was always designed with two concepts in mind and from very early on the feeling was that it had gone in the wrong direction. The decision to switch actually helped me to get up to speed quicker. I understood more about the concept we introduced at the Spanish Grand Prix than I did about the previous concept.”

Unfortunately, the change did not earn Aston Martin any points in Spain as Vettel finished 11th and Stroll finished 15th.