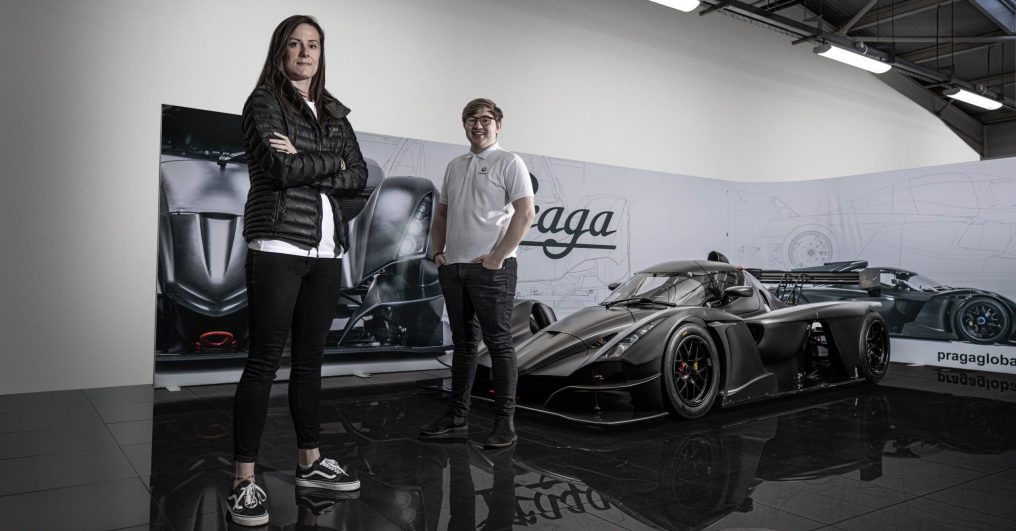 W Series contender Abbie Eaton has been announced as the latest driver to join Praga Cars for the 2021 Britcar Endurance Championship. The British star will be part of the guest driver line up alongside the protege of Romain Grosjean’s R8G Esports programme, Gordie Mutch.

Racing for nearly 20 years, Abbie has an incredible amount of experience in various motorsport championships including wins in the Blancpain Endurance Series and Touring Cars. She will be competing in the all female single seater championship W Series this year, which will be a support race for eight Formula One grand prix.

“I am really excited to be racing the new Praga R1 in the Britcar Endurance Championship this season,” said Abbie. “I had the chance to test the car at Donington at the end of 2020 and it is just an incredible car to drive. Racing in a grid of ten R1s is going to be quite an experience. W Series is on the Formula 1 calendar this year and that will involve a lot of travelling. I will miss some Britcar races as a result, so I am aiming to get up to speed as quickly as possible and put my team-mate Gordie in a great position to finish the job.”

Gordie Mutch, who has experience in national karting and Ginetta’s, will compete the whole season in the brand new Praga R1 alongside Abbie, and will benefit from her experience. They will drive the Czech sportscar manufacturer’s fifth generation R1 model, which has improved aerodynamics, a larger fuel tank and an electronic upgrade.

Mark Harrison, managing director of Praga Cars UK, said: “This is a very strong driver line-up and will be a team to watch this season. Abbie has a huge amount of experience internationally and passing on that experience will be key to a successful season for this car.”