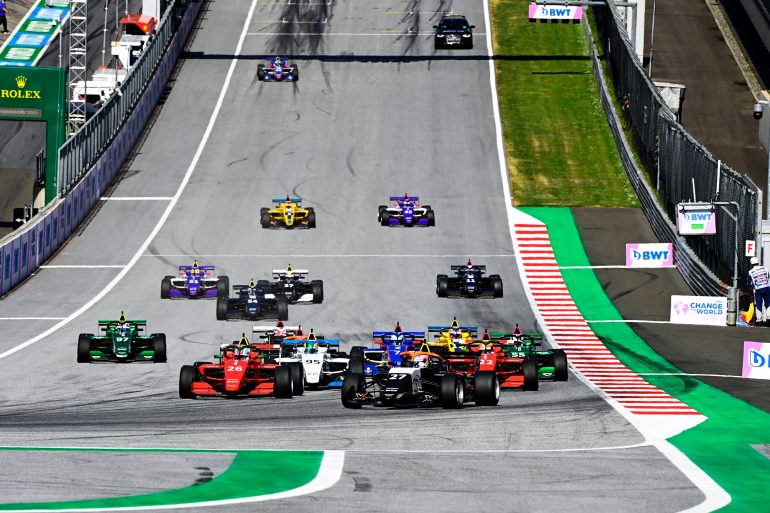 W Series joined the official feeder series in 2021, racing on Formula 1 weekends. The series started in 2019 and, after a year of stopping in 2020 due to the pandemic, came back bigger than ever for its second season this year. As the racing promises to get even better in 2022, here’s why you should start following it.

Let’s start with the main point of the series: women belong in motorsport and yet too many times we don’t see any on the track. W Series not only provides showcases brilliant female drivers but goes further into having talented women in all roles inside of the teams from mechanics to engineers and so on.

Furthermore, the series goes on to also provide great support to the LGBTQ+ community and even had the first-ever openly LGBT person to stand on the podium during an F1 weekend with Sarah Moore in Austria.

It must be noted that the top 8 classified at the end of the Championship receive super license points, which increase the value of the series granting an actual shot for a bigger future. Moreover, W Series constantly works to become grant actual sustain and opportunities to its drivers, such as the recent tests with the FIA Formula 3 Championship and the World Endurance Championship.

W-Series can truly be considered a feeder series as it’s solely based on talent. As a matter of fact, no fee is required to participate and the drivers have to go through selections to be chosen to race. Furthermore, all the cars are equal. Talent can be truly shown without worrying about any difference in means and possibilities. Hence, everyone has the possibility of winning, causing a higher unpredictability of what will happen, which brings us to the next point.

At the end of the day, motorsport fans care about what happens on the track, and W Series isn’t less exciting than any other series. The drivers race hard and fair and every race has some showstopping moments, brilliant overtakes, and bold moves. No DRS available also goes for pretty amazing wheel-to-wheel fights.

If you liked the 2021 F1 season with the endless fight between Lewis Hamilton and Max Verstappen, you might enjoy knowing W Series had their own title fight with Jamie Chadwick and Alice Powell arriving tied on points to the last weekend. Chadwick won the title again and won’t return in 2022 but the coming season will see everyone fight for the crown. Why not give it a chance?

If you have been convinced by this article to try following all the on-track action from W Series, you can find the list of all broadcasting platforms at this link.

Moreover, we at FormulaNerds offer coverage of what happened during the sessions, the latest news, alongside exclusive interviews with brilliant voices from the series.