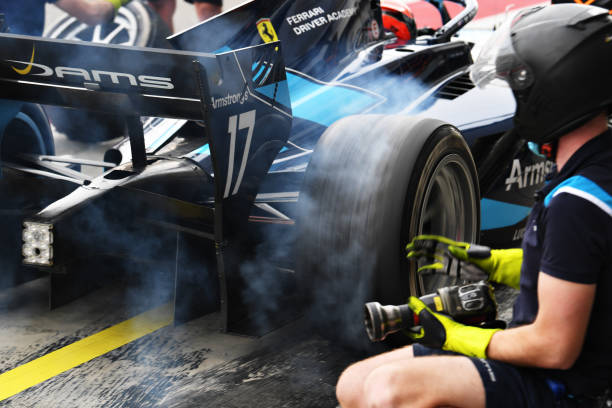 Tyre choice is vital for on-track performance, but this year there are changes in both Formulae. Pirelli currently supplies the tyres for both series, with F2 using the 18-inch tyres as brought in in 2019, while F3 use 13-inch tyres.

Specifications are decided by Pirelli and the FIA before the race weekend. Two compounds are used in F2 due to the mandatory pit stop in the Feature Race. In case of a wet race, the drivers receive three sets of wet weather tyres.

The revisions made in 2022 come in the form of compound adaptations. The hard compound has been altered to be more resistant, challenging the drivers. Also, the change aims to provide an increased performance gap to the medium tyres allowing more strategy options during the race.

Moving to the first race weekend in Bahrain, the new hard compound was used. In the Feature Race Press Conference, Theo Pourchaire commented that:

“The hard tyres feel so bad, no grip, and no combined brake.”

He progressed to say that they were “very easy to lock up” and that “it was a bit easier with the softs”.

Carlin’s Liam Lawson also described the tyres as being

“Very, very difficult” going on to say that “it was definitely the most difficult tyre for us”

Once again tyres get allocated by Pirelli and the FIA. However, in Formula 3 four sets of dry weather tyres are allocated alongside two wet weather tyres. There are no mandatory pit stops in Formula 3, therefore a ‘prime’ and ‘option’ specification are not needed.

The compounds used are similar to Formula 2 with the available compounds being the red softs, medium yellows, white hards and blue wets.

While there are no compound changes this season in Formula 3, the rear tyre construction has changed. The rear tyres have now made the car more difficult to drive. The tyres themselves degrade much faster than previously pushing the balance more toward oversteer. This is done with the aim to improve driver involvement on the step up to Formula 2.

For some drivers the tyres proved quite hard to manage. Maloney commented after the Sprint Race saying:

“Those Pirelli tyres are quite difficult to get your head around.”

Degradation also proved quite the problem for the likes of Carlin’s Zak O’Sullivan during the Sprint Race, who fell to 6th after starting on Pole.

However, when asked by FormulaNerds about the tyre construction Franco Colapinto commented saying:

Overall, the new compound in Formula 2 seems to have a frosty reception with teams needing to adjust to the tyre more to gain its full potential. The new construction in Formula 3 seems to have had a mixed response with some loving the tyre and some needing more time to adjust.