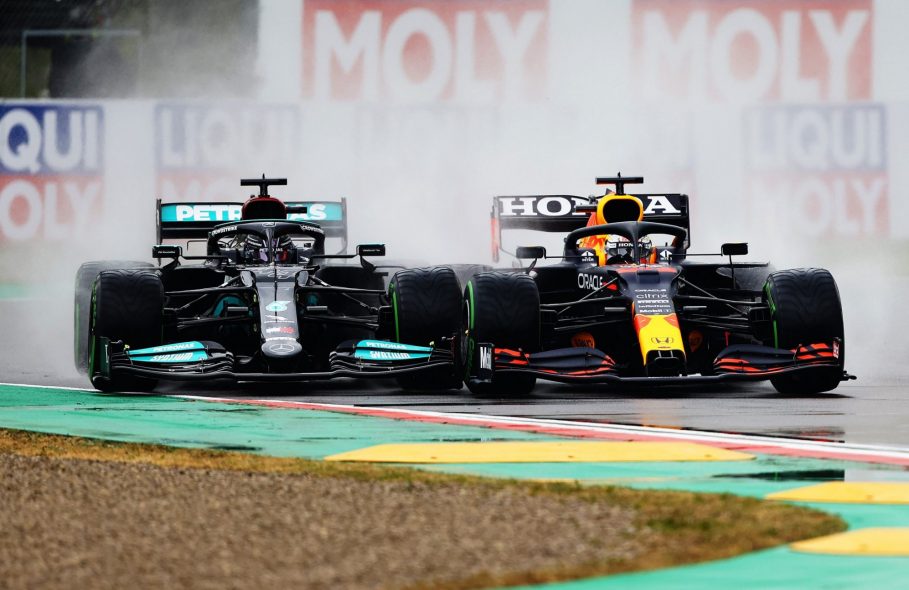 Six winners and losers from Imola

After a lengthy three-week break by modern standards, Formula 1 returned to Imola in what was an unpredictable and outright barmy race in difficult conditions.

Rain, which had fallen before the race caught out seemingly everyone at some stage, but it was Max Verstappen who kept his cool to take his first win of the season and set up a mouth-watering world championship battle.

It wasn’t a welcome to return Imola for everyone however, so here’s who impressed and struggled at round two.

In a race full of chaos, the young Dutchman expertly kept his cool – even if he did nearly spin after the red flag restart. Apart from this, it was a near faultless drive from Verstappen.

After taking the lead before turn one, after a brilliant start which saw him leapfrog both Sergio Perez and poleman Lewis Hamilton, Verstappen showed his world championship credentials.

The Red Bull driver looked at home with the tricky wet conditions, and successfully negotiated two safety car restarts on his way to victory – the perfect response after the disappointment of Bahrain.

Imola was almost the opposite of Bahrain for Perez. A strong qualifying saw him start on the front row of the grid for the first time in his career, ahead of his teammate Verstappen.

But Sunday was far from optimal for the Mexican in a drive that was littered with mistakes – none larger than repassing both Daniel Ricciardo and Charles Leclerc after running through the gravel behind the safety car, an offence which earned him a ten-second time penalty.

After this, Perez never really recovered, and after a few more off-track excursions – he had to settle for a poor P11.

It was a weekend of fluctuating emotions for Hamilton. After a securing an impressive pole, it was a nightmare start to the race, as his championship rival Verstappen got by into Tamburello – which also saw the Brit damage his front wing.

Hamilton then looked like he had better pace than the Red Bull as the track started to dry, but a slow pitstop meant he couldn’t make use of the overcut.

Then a piece of F1 rarity – Hamilton made a mistake. An attempt to lap George Russell ended in disaster as the world champion found himself having to tentatively reverse out of the gravel trap at Tosa.

Yet the Mercedes driver showed why he is the master of recovery, even if Hamilton was massively fortuitous with the timing of the red flag, which meant he was able to unlap himself.

But after that, Hamilton put on an overtaking masterclass to recover back to second and take the fastest lap bonus point – a result which could be imperative in the championship battle.

The Finn must be sick of Imola. Last year, a piece of debris and an unfortunate safety car cost him a certain victory.

This season, Bottas was nowhere. Despite looking like the man to beat on Friday, topping both practice sessions – he could only qualify a poor eighth.

Things got even worse on Sunday. The Mercedes driver languished towards the rear of the points-paying positions, and struggled to make any real inroads.

Then after being passed by Lance Stroll in the Aston Martin, Bottas found himself under threat from George Russell’s Williams in a battle for ninth.

The pair collided heavily going down the pit-straight, ending both of their races early and leading to some heated discussions beside their wrecked cars.

An awful weekend for Bottas, who is already 28 points off the championship lead.

The young McLaren driver has had an immense start to 2021. His impressive fourth-place in Bahrain was backed up with his second career podium at Imola.

Norris was quick all weekend, and could have even started on the second row if it wasn’t for a track limitations violation.

An excellent Sunday however saw him come storming through the field to match his best ever finish – and leaves him third in the drivers’ standings.

Saturday was excellent for the Grove team, both drivers advanced into Q2, starting 12th and 14th.

Sunday was a disaster. Nicholas Latifi came together with Nikita Mazepin, sending his car skidding into the barriers and him back to the paddock.

Later, Russell collided with Bottas going towards Tamburello when fighting for P9, ending his chances of scoring any points.

A missed opportunity for Williams this weekend.

A fourth and fifth-placed finished would usually be considered an awful race by Ferrari’s standards, but in the current situation the team finds themselves in, Imola was a pretty successful weekend.

Leclerc was once again strong in qualifying to start the race in fourth for the second consecutive event.

The Monegasque was also excellent on Sunday, despite being pipped to the podium by Norris. Sainz meanwhile – despite numerous trips through the gravel trap – somehow managed to finish in fifth.

Ferrari took home the second-highest points tally from round two, only less than Red Bull.

Despite Pierre Gasly’s seventh-placed finish, it could have been so much more for the Faenza team.

Alpha Tauri’s hopes of a strong home grand prix were already dented when Yuki Tsunoda crashed during qualifying before setting a lap time, although Gasly did start in an excellent P5.

Yet strategy rather ruined the Frenchman’s race, who spent far too long on the full-wet tyres, costing him plenty of time to the intermediate runners around him. After changing rubber, Gasly was able to fight his way back up to seventh.

Tsunoda meanwhile, was carving his way through the field, but a spin after the red flag restart doomed him to finish outside the points in 12th.

Another team who will feel disappointed leaving Imola.

The unsung hero of Imola.

Stroll once again trumped teammate Sebastian Vettel in qualifying, managing to make it into Q3.

And even with a tricky to drive Aston Martin, managed to progress during the race, even passing Bottas’ Mercedes to finish an encouraging P8.

A solid weekend for the Canadian.

It was anything but a solid weekend on the other side of the Aston Martin garage.

Vettel found himself struggling throughout, battling outside of the points. A ten-second stop/go penalty further added to his misery before eventually retiring with gearbox issues.

A far from ideal start for the German at his new team.

Lance's efforts at the #ImolaGP provided a boost to the team.

Now it's time to ensure we're ready for Portugal. 👊

Despite the track’s narrow nature and limited overtaking opportunities, it played host to an excellent race on Sunday.

The changing conditions added a level of unpredictability, and some real bravery by the drivers offered some impressive maneuverers.

A completely different race to Bahrain, but one that was just as exhilarating – and may earn the track a place on the calendar in years to come. 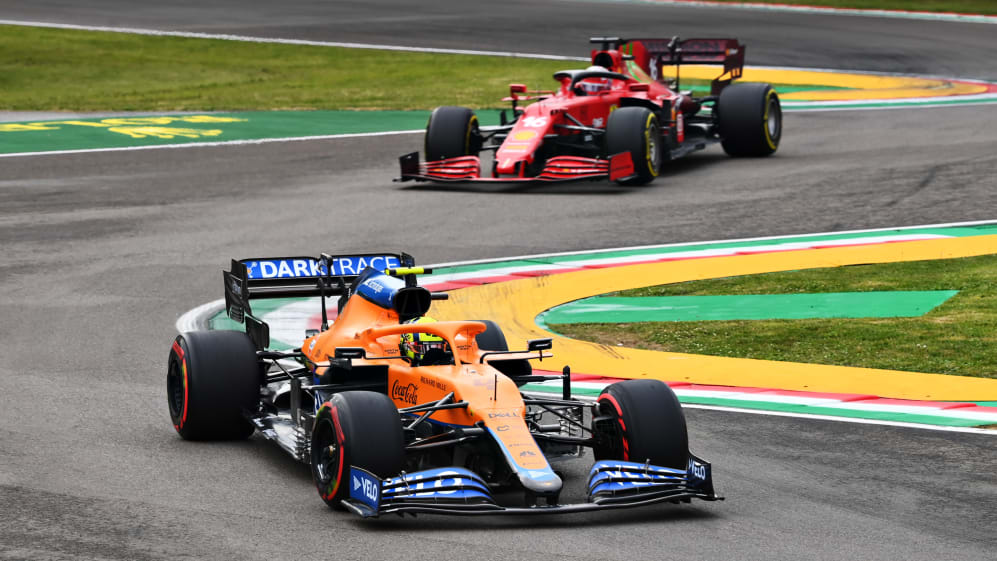 Everything was looking so good for the Iceman at Imola.

He was running a brilliant seventh after the red flag period, but a spin prior to the rolling restart, sent Raikkonen back to P10.

The Finn should have returned to the pitlane to join the back of the pack afterwards, which as a result earned him a penalty – and sent him back to 13th.

A race where Raikkonen outperformed his Alfa Romeo, but he left Imola with nothing to show for his efforts.