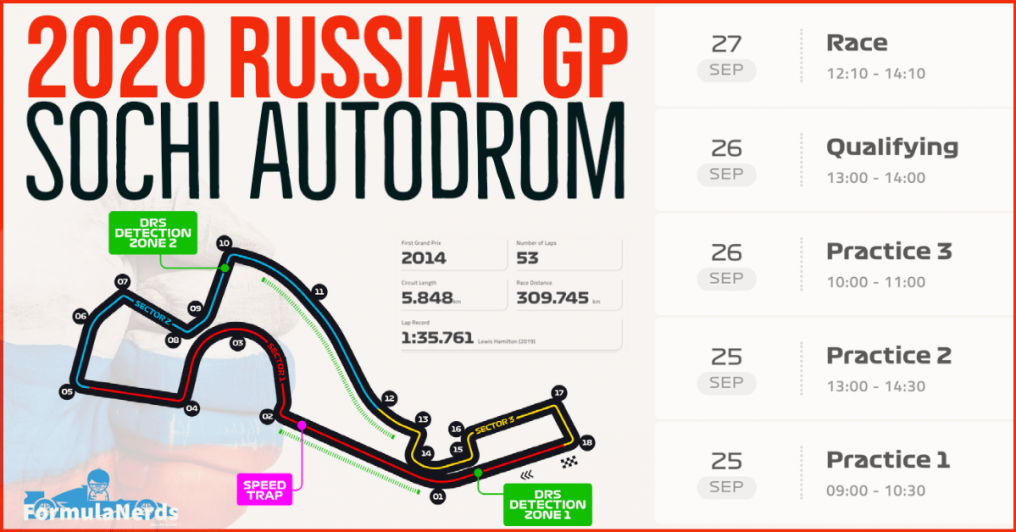 Sochi is the only Winter Olympics host city to have also staged a Formula 1 race, though four other current F1 cities – Melbourne, Montreal, Barcelona and Mexico City – have hosted the Summer Olympics

Number of winners: 3
Lewis Hamilton has taken victory four times, with Nico Rosberg and Valtteri Bottas each having won once in Russia.

Most successful team: Mercedes
All six races to date at the Sochi Autodrom have been won by Mercedes.  Mercedes’ winning streak in Russia even extends back 100 years – the Benz team won the two other editions of the Russian Grand Prix staged in Saint Petersburg in 1913 and 1914!

Home Track: Daniil Kvyat is the only Russian driver on the 2020 Formula 1 grid. He has competed in all but one race at Sochi Autodrom, recording a best finish of fifth for Red Bull in 2015. The other Russian drivers to have competed in Formula 1 are Sergey Sirotkin (2018) and Vitaly Petrov (2010-2012).